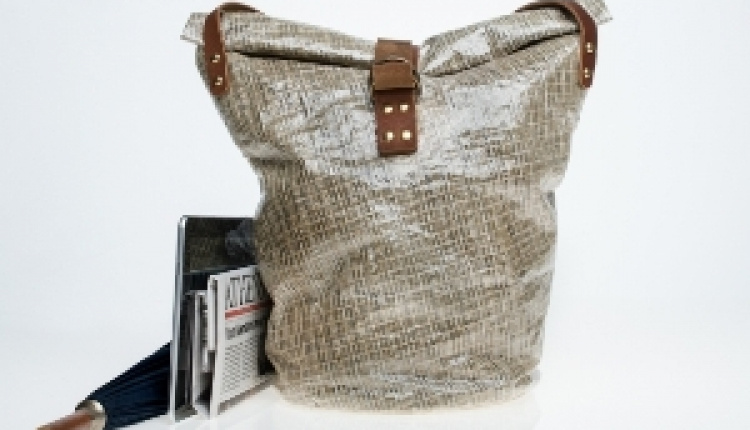 Salty bag is the materialised original idea of giving a second life to already useless sails that belongs to four young Greeks from Corfu. Their idea to recycle the sails from the waste was born a little over a year ago.

Stratis, Spiros, Panos and Chrissa decided to continue the voyage of the sails, although not at sea but in different places, by turning them into small and large bags, briefcases, travel bags and small daily accessories. As they say, they give a "second chance to tired heroes."

Today the "salty" bags are offered in 12 shops in Greece and on the website of the company. "We are happy that we are making bags from a material that tells a story. The sails we use are worn out, they are no longer aerodynamic and so, they cannot be used in sailing. However, they are still very durable and can be used for a long time," Business Development Manager of the company Stratis Andreadis, who is a sailing racer and 33rd in the world ranking, told GRReporter.

In the beginning, they used the sails found in the waste. Now sailors can donate the useless sails. A note telling the story of the sail, namely the miles it sailed, the seas, the winds it encountered and the ports it visited, accompanies each bag. "Each bag is unique. It is distinguished by the fabric, the colour and age of the sail from which it is made. On our bags you will see signs of use, of the elements and time."

The "salty" bags are handmade and Chrissa is their designer. The sails are washed using an environmentally friendly method. The company employs six people and the staff will grow depending on the progress of its activity.

The interest in the bags by Salty bag is huge, states Stratis. "We are overwhelmed by numerous positive reactions and messages and this is very encouraging for our efforts. Within eight months we have won almost 5,000 friends on Facebook, other people had become acquainted with our products in the 18 shops that sold them last summer." The company sells 30% of its products abroad and in the summer of 2014, they will be available in 25 shops.

Soon Salty bag will launch a new series of products called "Road to Rio". "For it we will use sails that have a great history as they are the winners of world championships and Olympic medals. We will provide a large portion of the sales proceeds to sailing teams that want to participate in the Olympic Games in Rio de Janeiro in 2016. So, on one hand we will be able to get closer to the efforts of the Greek talents in this sport and on the other, we will contribute towards their participation in this great sporting event," adds Stratis.