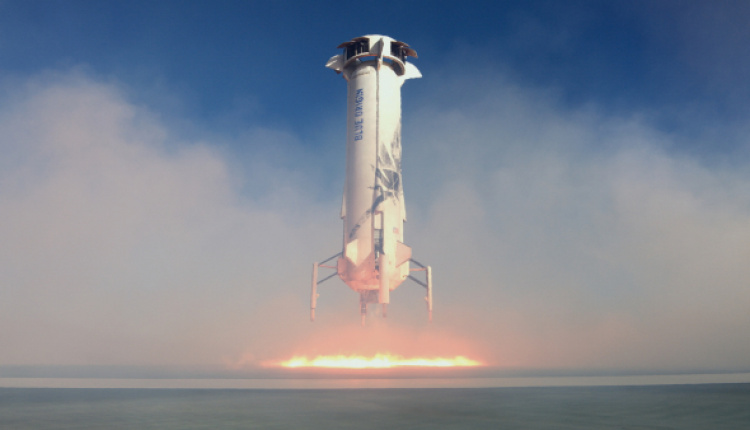 How will Greek honey and olive oil behave under microgravity conditions? What about ouzo and grape juice molasses? Will bubbles grow bigger and last longer? ACS Athens students sealed their experiment within the capsule carried by the groundbreaking Blue Origin’s New Shepard reusable rocket where it will test at an altitude of 100 km! ACS Athens High School students are conducting one complex S.T.E.A.M. experiment, investigating how honey behaves at an altitude of 100 km.


ACS Athens is one of the three non-US-based K-12 schools to have ever sent an experiment with Blue Origin.

spACS 1 experiment investigates the viscosity of honey under microgravity conditions, which is a Physics-based experiment on fluidity. The honey is carried in a 3D-printed container designed, prototyped, and built by an ACS Athens student.

The student-built electronics of the spACS 1 experiment consist of a microcomputer, temperature and humidity sensors, a motor, LED lights, and a camera. They have researched both the science and mathematics of fluidity and have been conducting extensive relevant experiments since the first phase of the project.

The rocket was successfully launched on Thursday, May 2nd, from Blue Origin's West Texas Facility and the launch was broadcasted live. This payload flew onboard Blue Origin’s New Shepard space vehicle. The New Shepard vertical takeoff and vertical landing vehicle is capable of carrying hundreds of pounds of payloads per flight and will ultimately carry up to six astronauts to altitudes beyond 100 kilometers, also known as the Karman Line, the internationally-recognized boundary of space.

The investigating team was thrilled to watch the rocket launch and is looking forward to proceeding to the next phase of their experiment. “We have been working hard for months on this experiment. It feels like a miracle to watch the successful launch live!” Qi L., a student member of the team, commented.

Dr. Antonis Karampelas congratulated the team and expressed his pride in their work. “This is the students’ achievement; my role was to consult and support their work. We need to show trust to the students and provide them the opportunity to develop their talents. All students can learn!” he highlighted.

The container of the experiment will be returned to ACS Athens a few days after its successful landing so that the students can process and analyze the collected data. Stay tuned for more information! Rocket Launch Photos Courtesy of Blue Origin.

The video launch is available by Blue Origin here!

More information about the experiment can be found here!