5th Navarino Challenge - The Challenge That Became A Tradition! 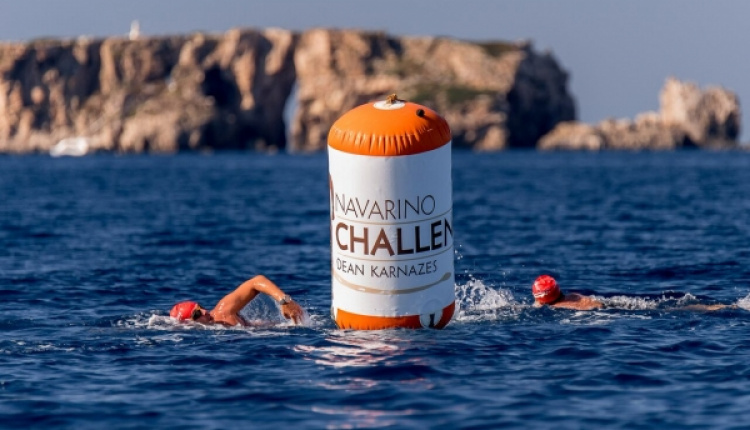 The most popular celebration of sports tourism gathered more than 2.000 participants in 16 sports activities.

Athens, October 24 2017 – “The inspiration and challenge of sports is to overcome yourself and become better in your future attempts”. With this principle and philosophy, “Navarino Challenge”, the most popular sports tourism fest, was completed with great success and numerous participations for the 5th consecutive year on October 13-15, 2017 in Messinia and Costa Navarino.

The wonderful weather was an “ally” throughout the weekend, with ideal temperatures for athletes.

At the first day of the event, on Friday October 13th, a 4on4 basketball tournament was held, in which we had a new champion, the Sportingbet team. As one of the leading companies in the field of online gaming, Sportingbet supported the event for the first time as an official sponsor. At the same time, the company welcomed the participants at The Westin Resort Costa Navarino, organizing the Sportingbet Welcome Party with the full of energy music of the “48 Ores” band.

On Saturday October 14th, the action was relocated at Pylos-Nestor Municipality that supported for one more year the event and assisted in the smooth implementation of all activities at the Navarino Bay, at the port of Pylos. The athletes covered the 1 mile (1.6km) swimming route designed by the Federal Swimming Coach and technical director of the event, Nikos Gemelos. The race was completed with absolute safety under the auspices of the Hellenic Swimming Federation and according to FINA’s open water regulations, with the presence of the world champion in open water swimming, Kelly Araouzou. The first swimmers' awards were given by the Mayor of Pylos-Nestor, Dimitris Kafantaris, marking the beginning of the 190th anniversary events for the Navarino Naval Battle, which will culminate this week.

“Navarino Challenge” presented for the second time the Stand Up Paddling by BIC® Sport relay race. The entertaining route for beginners and SUP experts was the best choice for an acquaintance with the sport in the peaceful waters of the Ionian Sea. The race was supported by one of the most recognized brands in the world, the BIC® company that continues its presence in the field of water sports with BIC® Sport. In fact, registrations had stopped one week earlier due to the high participation. The race was supported by the surf club, Surf Salad.

On Saturday night, the official airline partner Qatar Airways welcomed all “Navarino Challenge” guests on the special night “A Night to Remember by Qatar Airways”. Maria Bekatorou undertook the presentation under the gypsy jazz rhythms of the band “Manounchedrome”. The night’s agenda included, honorary awards which were given to successful athletes who have been distinguished worldwide. Olympic gold medalist and World Champion in rings, Lefteris Petrounias, thanked the organizers with a personal video message while Boccia’s gold Paralympic athlete Grigoris Polychronidis was honored by Costa Navarino Marketing & Business Development Director, Marina Papatsoni. The central figure of the evening was the event’s ambassador, the Greek-American ultramarathon, Dean Karnazes, who was awarded by Qatar Airways Country Manager Greece & Cyprus, Theresa Cissell. The award-winning airline had another surprise in the evening as they draw a double airline ticket for any destination in the world! An honorary distinction was also made to the parents of Dean Karnazes, by the Navarino Challenge Co-Founder, Peter Poulos and Active Media Group’s Chief Executive Officer, Aki Tsolis.

On Sunday October 15th, amateur and professional runners had the opportunity to choose between the Half-marathon (21.1km), 10km, and 5km (running & dynamic walking) routes. Runners started from Navarino Dunes in Costa Navarino and ran a coastal route to Pylos beach, crossing the beautiful Voidokilia beach and following the trail of Telemachus, back in Homer’s years, according to the Homeric tradition. The races were also attended by runners from the Sport Club with people with special needs from Kalamata, “Diaforozo”, celebrating their participation in the "Navarino Challenge" during the International White Cane Day (October 15th).

On the same day, the 1km kids running race was held place (with the support of VIKOS), with the dynamic presence of children from the whole region as well as clubs such as Messiniakos and Akritas. The routes were designed and edited by the former marathon runner, holder of national best performance on the classical route, running coach and director of All About Running, Nikos Polias. The 21.1 km race was conducted with the participation of Dean Karnazes, who then signed his new book, “The Road to Sparta”, with the presence of the Health Runners Club of Messinia. For the first time in this year's event there was a time recording for all runners. You may find the results HERE!

The renewed program of the award-winning event included activities for the whole family at The Westin Resort Costa Navarino within the 3 days. Specifically, the program included activities such as: Boccia, under the auspices of the Hellenic Paralympic Committee (with the Golden Paralympic athlete Grigoris Polychronidis), climbing and bike ride in Voidokilia (with the support of Navarino Outdoors), pilates (with the physical education instructor, Mandy Persaki), basketball, golf (with the support of Navarino Golf Academy), kick boxing (with the champion Alexandros Nikolaidis), baby swimming

For the first time in “Navarino Challenge”, Samsung as the official technology partner presented its innovative services through the Samsung Galaxy ecosystem. The Samsung Galaxy S8 and S8+, combined with the Gear 360 camera and Gear VR, enriched the experience of those attending and watching the event with unique content at 360 degrees.

You may find some relevant photos HERE!

The award-winning event did not stop its innovation here. The GoPro HERO6 Black action camera, with its breathtaking analysis and waterproof design, helped especially in having the best and most impressive shots in all activities. Relevant photos are available HERE!

Athletes that took part had the opportunity to quench their thirst for a 4th year, with the natural mineral water “Vikos” that contributes to the good body’s good function during sports. At the same time for the fourth consecutive year, athletes and organizers moved with the safety and efficient engines of Ford Motor Hellas, the official sponsor of Navarino Challenge. In “Navarino Challenge” organizers and ambassadors drove with the excellent quality fuel of BP.

Melissa pasta was the official nutrition supporter for the first time. Melissa was present in Messinia and Costa Navarino on the occasion of “Navarino Challenge” with its new food truck, “Melissa On the road” and favorite food blogger Mamatsita. All participants were treated in the Melissa Pasta Party, where the food blogger created special autumn recipes with Melissa whole wheat penne, farfalle and fusilli. Because in sports we are also fans of pasta!

The “Melissa On the road” activity was also supported by Poseidonia.

This year Kinder + SPORT, Ferrero’s Corporate Social Responsibility Program, supported “Navarino Challenge” for the first time in an effort to reinforce children’s physical activity. More specifically, Kinder + SPORT embraced Kids’ Athletics as an official supporter of Navarino Challenge, an action that has been developed by a special panel of scientists from IAAF (International Association of Athletics Federation) and is officially implemented in Greece by the Hellenic Athletics Federation (SEGAS) in cooperation with the Ministry of Education. This event was attended by Periklis Iakovakis, Olympic and World Champion at 400m with hurdles in cooperation with SEGAS Technical Director Spyros Triantafyllopoulos and the support of trainers from the club Akritas. In the framework of “Navarino Challenge”, Kids + Athletics sponsored by Kinder + SPORT took place at Pylos Square and Costa Navarino and, through the voice of Periklis Iakovakis, the ambassador of the program, introduced the athletics sports and sports values to the children. At the same time, Kinder + SPORT supported the TaeKwonDo lessons with the twice silver Olympic medalist Alexandros Nikolaidis and the numerous participations of

TaeKwonDo teams, among others, from Kalamata and Kyparissia. The activities supported by Kinder + SPORT also included the 1km kids running, the bike ride on the beautiful beach of Voidokilia and the indoor climbing lessons.

The event was successfully assisted by: Inbi, Target Security, Dimiourgies, The Diner and Orangeland Sparta. 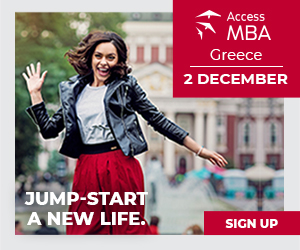