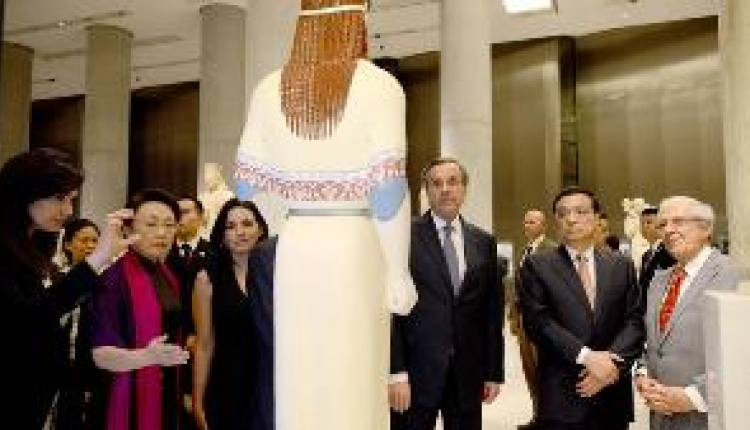 Europe realises that Greece is a natural link with China, Prime Minister Antonis Samaras said on Thursday in joint statements to the press made following a meeting with visiting Chinese Prime Minister Li Keqiang at Maximos Mansion, government headquarters.

The Chinese premier came on a three-day visit to Greece, during which a total of 19 cooperation agreements with China worth 6.5 billion US dollars were signed in the sectors of tourism, shipping, infrastructure, transportation and agriculture.

Greece’s return to international bond markets in April showed that “the Greek people have the wisdom and ability to emerge from the crisis,” Li told a joint press conference with Prime Minister Antonis Samaras. When the Greek government next issues bonds, he said, “China will continue to be a long-term, responsible investor.”

Samaras further stressed that what creates the strategic relation between the two countries is that "Greece can become China's entry gateway to Europe, which can also serve as a starting point of an entire investments corridor for China, like the railway networks, linking the ports of Greece with the ports of Europe."