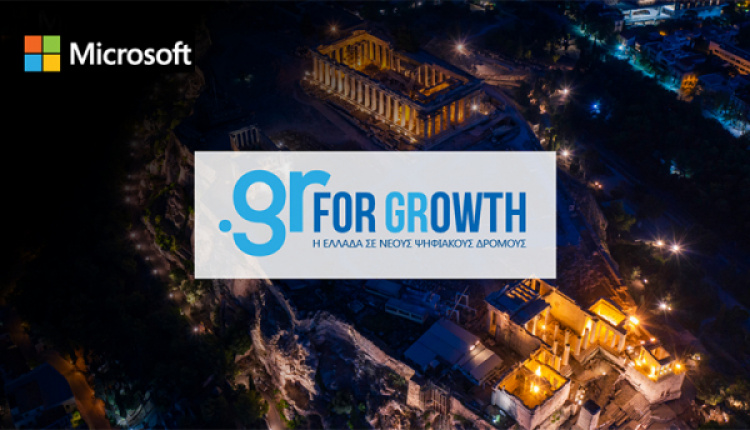 Microsoft Corp. has announced its "GR for GRowth" initiative, a significant technology commitment to support the people, government, and businesses of all sizes in Greece with the technology and means to create new growth opportunities.

As part of the plan, Microsoft announces its intention to build new data centers in Greece, adding the country to Microsoft's massive global infrastructure map and delivering low-latency, enterprise-grade access cloud services. Furthermore, Microsoft has announced its plan to train approximately 100,000 professionals in Greece in digital technologies by 2025.
The initiative was announcer by Microsoft President Brad Smith at the Acropolis Museum in the presence of the Greek Prime Minister, Kyriakos Mitsotakis, and the General Manager of Microsoft Greece, Cyprus, and Malta, Theodosis Michalopoulos.
"Today's commitment to the people and businesses of Greece will position the country among the digital leaders of Europe. A Microsoft data center region provides a competitive advantage to our digital economy. At the same time, it is a long-term investment and a vote of confidence in our country's potential. The cloud is transforming every industry and sector. The investment in skilling 100,000 citizens will empower Today and tomorrow's Greek workforce," said Prime Minister of Greece, Kyriakos Mitsotakis.

Microsoft's "GR for GRowth" initiative is a vital step for Greece, with technology as a catalyst for growth, providing people and businesses the tools and expertise to thrive and innovate in the digital era.


To read this article in full, please visit: news.microsoft.com