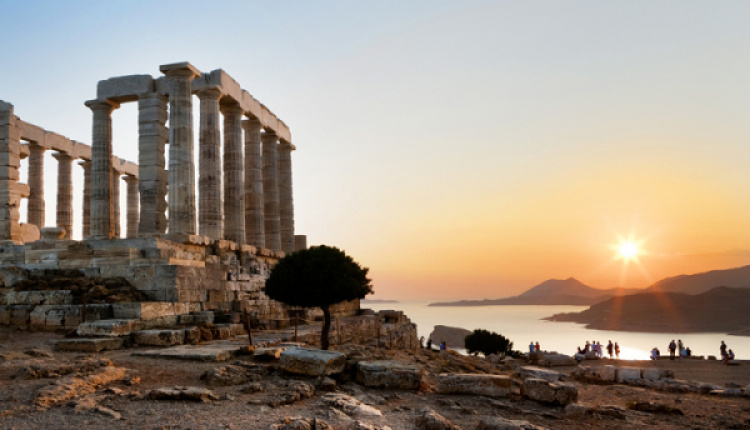 The Greek-born, London-based fashion designer Mary Katrantzou made history this week when she became the first to stage a fashion show at the Temple of Poseidon, in Sounion near Athens. It was the first time that the Greek authorities gave permission for a private event to take place at the UNESCO World Heritage Site. To honor the majestic backdrop of her fashion show, the designer created something suitably momentous.
“The collection was based on the ideas birthed in Greece in the 5th century BC, when the temple was built,” the 36-year-old designer tells Vogue. “From trigonometry to physics, biology to theology and philosophy; I wanted to show how these ideas dating back two-and-a-half thousand years are as modern today as they were then.” “This was the first time I had done something in Greece since I left [for London] and it’s the first time I have done something so connected to the country’s heritage. My emotional barometer has just exploded.”
The proceeds from the ticketed event are going to children’s cancer charity, ELPIDA.


To read this article in, please visit: vogue.com.au