Unseen Heroes Of The 2018 Mati Wildfires 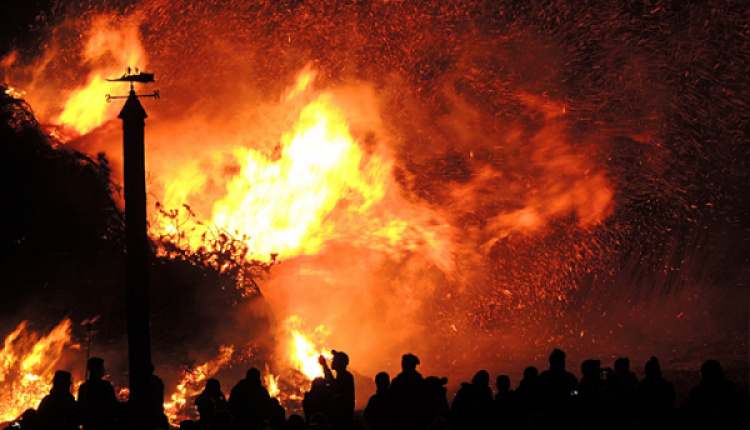 A year after the Mati wildfires, people who experienced the tragic fire as rescuers or survivors, share their stories.

"I got on my motorbike at my office in Athens and headed to Mati at 6.30pm. I've been a forest-fire volunteer for many years, but this time was different. My parents' summer home is there. I grew up with people who have apartments in the same block. They're all elderly now. I wanted to save them. ... It was hard to see in the smoke. The first woman I rescued was 80 and had just had a hip replacement. With some difficulty, I got her on the bike, saying: "Close your eyes, hold me tight and don't think of anything." I took her up to the roadblock where another friend said her six-year-old daughter was trapped on the beach. I drove back and found her. I'd seen a corpse in the alley leading to the shore, so led her through a garden on my way back. It was the only time I gave anyone my helmet. Again, I told her not to look. I did 18 runs, each time taking a person out and each time arguing with officers at the roadblock."

Mohammed El-Hamisi
47, an Egyptian fisherman, saved 48 people on his boat

"The seas around here are unpredictable. That night, the winds were up to 10 on the Beaufort scale, so it was very choppy. And there was smoke everywhere; visibility was nil. It was 7pm when I got the call from a lady who buys fish from me, saying: "Mohammed, we're on the beach at Kokkino Limanaki and we're either going to burn or drown. Save us!" My kids said: "Daddy, if there are children, you must go." I decided to leave instantly.

There were four of us who set out to help, but I couldn't even see the boat in front of me. My biggest worry was hitting someone who might be struggling in the water, or a rock, or one of the other vessels. From Nea Makri, where my boat Elpida (which means Hope) is moored, it usually takes 30 minutes to get to that part of the coast; but given the circumstances it took us three times that.

The others headed to the port in Mati. I headed to Kokkino Limanaki. As I pulled in, I saw all these people huddled together, holding one another. Thirty minutes later and I think they would have died in the heat. A lot couldn't swim. Children and their parents were the first to get on board – about 20 of them sitting anywhere they could, in the cabin, on the sides, all in a state of shock. We sailed to Rafina in total silence until we reached the port, where some cried.

I returned with an official from the coastguard. That time, we brought back 28. The last was a woman, an old, very large lady, who was sitting on a rock. She didn't want to budge. Her back and legs were burnt. She kept saying: "My boy, I've lost everything, let me die here." I kept saying: "No way, you're coming with us." I hurt my knee heaving her on to Elpida. I still don't know if she made it, but she is the one I can't forget...."