Hippocrates Found ‘Not Guilty’ 2,300 Years After His Alleged Wrongdoing 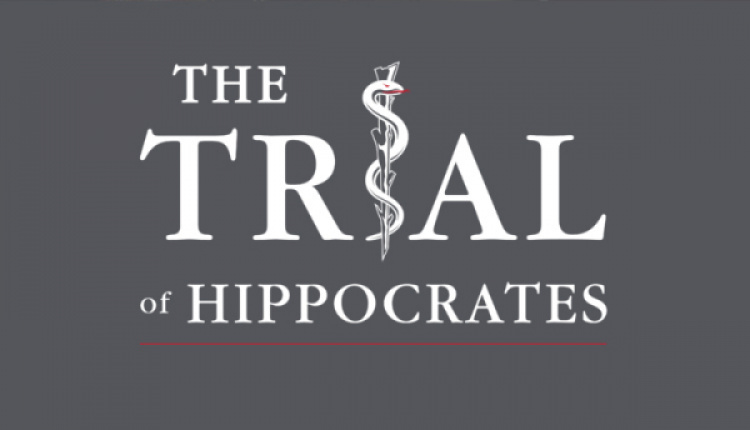 The National Hellenic Museum (NHM) presented The Trial of Hippocrates in a live courtroom debate at the Harris Theater for Music and Dance in Chicago, on February 20. Following the acclaimed NHM Trials of Antigone, Socrates, and The Parthenon Marbles, the museum once again partnered with prominent judges and attorneys to take-on another ancient case, The Trial of Hippocrates.
The Case
Hippocrates, the father of medicine, was called to the bedside of the dying King of Thebes. The physician immediately concluded that the King’s illness was incurable. Nevertheless, the King insisted that Hippocrates treat him and offered gold and gifts in return. Hippocrates agreed. Despite Hippocrates’ treatments, the King’s health declined and he soon died. Hippocrates was arrested and brought before the King’s son and heir. Hippocrates had sworn to “help the sick but never with a view to injury and wrong-doing.”
The National Hellenic Museum asks: Did Hippocrates violate his own Oath?
Arguments from both prosecution and defense were convincing and many people in the audience stated the case was a moral and professional challenge. In the end, the verdict of the jury breakdown was three Guilty and nine Not Guilty among the jury of twelve esteemed jurors. Additionally, the jury’s verdict was reinforced when the scales of justice were literally tipped to Not Guilty by the majority of the audience voting chips.
“This truly unique event brings Hellenism alive, including our love of learning by prompting critical thinking and citizen involvement in decision making. It’s not every day that we as ordinary individuals get to listen to some of the best attorneys in the state argue a case with all the authentic drama as if it’s an official trial. At the end of the courtroom presentations last night, our audience came together as was done in ancient times, each casting their individual ballot, which resulted in a Not Guilty verdict. Although an ancient story, questioning the quality of healthcare at the end of life is still being debated today, just as it was thousands of years ago,” said NHM President Dr. Laura Calamos.