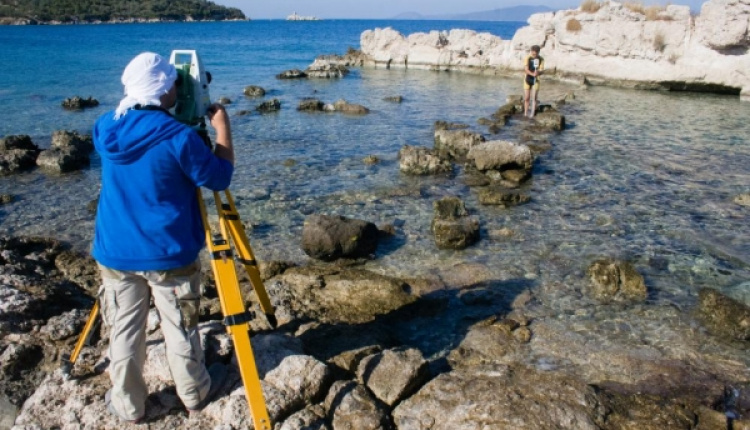 The location of a crushing defeat of Sparta by Athens, the ancient city of Kane is mentioned countless times in ancient Greek literature by writers such as Herodotus and Sappho. Yet the exact position of the island on which the city sat has long puzzled archeologists. It now seems, however, that what is a modern-day peninsula jutting out from the Turkish coast used to be isolated from the mainland by sea, forming the fabled lost island.

A team of researchers, led by the German Archaeological Institute, drilled into the ground of the peninsula to examine the rock that formed it. They found that it was made up of loose soil and sediment, which they think was deposited at some point before the Middle Ages, joining the island to the mainland. This theory was corroborated by the discovery of the remains of a submerged ancient harbor, as well as the earlier findings of pottery fragments, which suggested that the region used to form part of an important trade route.

The island was one of three, called the Arginusae, of which two are still separated from the mainland.  It was where the third one had gone that had puzzled the researchers.  They now think that perhaps run off from the agricultural fields on the mainland, or even potenitally an earthquake could have caused the narrow channel, which is a few hundred meters wide, to fill up with soul and sediment, forming the split of land.