'A Saint For Summer' By Marjory McGinn 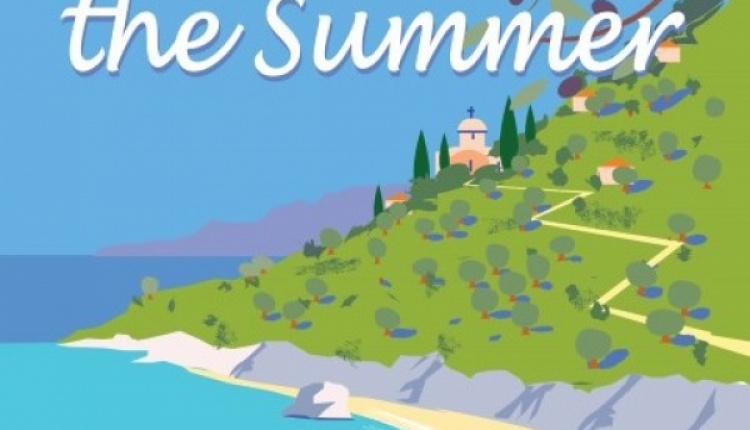 What’s hidden on a Greek hillside can change your destiny …

Edinburgh journalist Bronte McKnight is summoned to a hillside village in the wild and beautiful Mani region of Greece by her estranged expat father Angus to help him with a medical problem. But she soon discovers that Angus, whom she has barely seen in 10 years, has lured her there with a tougher challenge in mind – solving a mystery from the Second World War when his father disappeared in Greece during the disastrous Battle of Kalamata, ‘Greece’s Dunkirk’.
With the country gripped by economic crisis, and the clock ticking against them, their near-impossible quest to discover how and where Kieran McKnight died, takes them from Kalamata to a remote mountain village where its few remaining inhabitants are bound by old traditions and secrecy. As the tensions of their own fractured relationship rise, Bronte and Angus are helped in their search by a cast of intriguing Greek characters, especially charismatic doctor, Leonidas Papachristou. He has a pivotal role, not least in challenging Bronte’s assumption that she hasn’t the time nor the courage to fall in love in Greece.

The secrets unearthed by Angus and Bronte will be painful and astonishing. This is a compelling tale of heroism, faith, and love - with a heart-warming conclusion.

To buy 'A Saint For Summer,' please visit: Amazon

Marjory McGinn is a Scottish-born author and journalist, brought up in Australia. She worked in Scotland for 10 years from 2000 as a freelance feature writer. Her journalism has appeared in leading newspapers in Britain and Australia, including The Daily Mail, The Times, The Telegraph; and The Scotsman, The Herald. In Australia she was a senior feature writer on The Sun-Herald, and stories have appeared also in The Australian and The Age.

A youthful work/travel year in Athens inspired a lifelong fascination for Greece. In 2010, together with her partner Jim and their Jack Russell dog, Wallace, she set off from Scotland  on an adventure to the southern Peloponnese that lasted four years and was the basis for her three travel memoirs (Things Can Only Get Feta, Homer’s Where The Heart Is and A Scorpion In The Lemon Tree.

For more information on McGinn and her other books, please visit: Big Fat Greek Odyssey