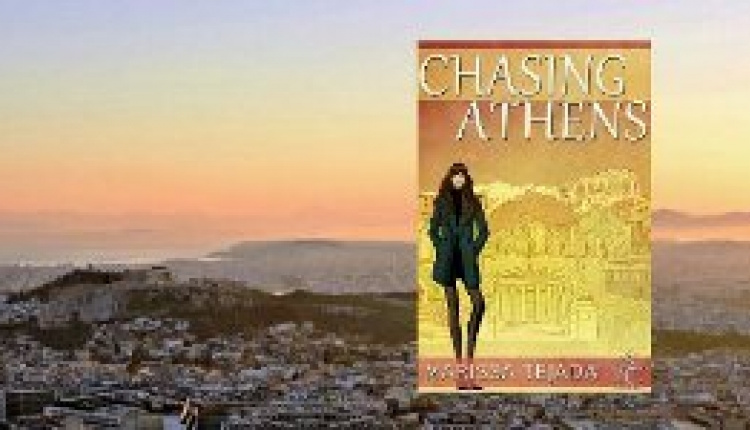 Set in Athens, Greece, the Greek Islands and Ithaca, New York, Chasing Athens follows Ava Martin, a heartbroken American expat, whose new husband unexpectedly ditches her after their move abroad. Instead of returning to the States, she makes an abrupt decision to stay. Despite pressure from her mother, uncertainty over her divorce, and issues with her long-estranged father, she’s determined to make it on her own. With her Greek friends, she laughs and learns while facing culture shock, language barriers and the charm of Mediterranean men, until a life-threatening emergency back home in sleepy Ithaca, N.Y., forces her to confront her disappointing past, and forces her to redefine the meaning of home.

“The heroine, Ava, gets thrown into Athenian reality including protests and violent riots. She also gets a taste of the alluring islands and vibrant nightlife.  I want readers to feel what it’s like to live in a tumultuous, culture-rich, ancient yet modern city like Athens,” said Tejada.  “Like many stories about women’s experiences abroad, place takes on a major role. Greece is a strong character in itself. Expat life inspired me and changed my life.”

Chasing Athens sells for $4.99 on the Musa Publishing Web site. It can also be purchased and downloaded from Amazon, Barnes and Noble, Smashwords, all Apple devices and from any vendor that sells e-books.

Currently, Tejada is a full-time freelance writer specializing in food and wine, technology and travel writing.  She enjoys blogging for her travel photography blog, my Greece, my travels (www.mygreecetravels.wordpress.com).  She currently lives in Athens, Greece.