Athens - The Truth, By David Cade 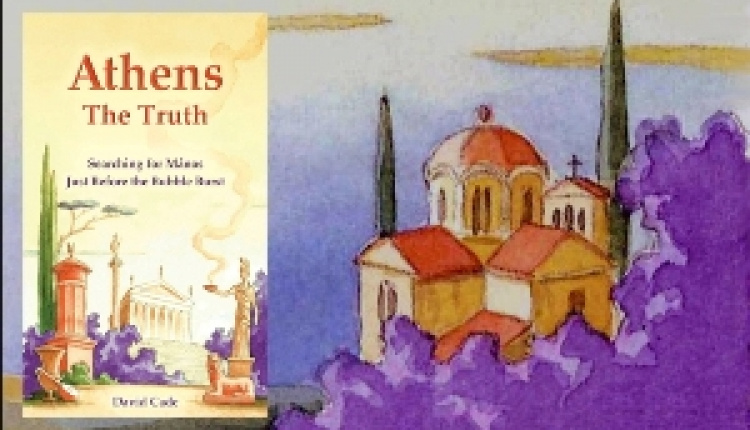 Visitors to Greece have long been discouraged from spending more than just a day or two in the nation’s capital, but a new book by a New Zealand writer shows that Athens offers an extraordinary range of exceptional experiences. ‘Tourists are advised to see the Acropolis and a couple of museums but then to rush for a ferry and flee to the Greek islands!’ said author David Cade. ‘So they’ve no idea what they’re missing out on.’

Obsessed for decades by Greece’s unique music, Cade has plunged into Athens like a spring set free. The result, ‘Athens – The Truth’, is a 400-page revelation of aspects of the city unknown not only to tourists but even to many Greeks.

Graham Beattie, publishing guru and widely experienced judge of the Commonwealth Writers Prize, said: ‘I was immediately arrested by the 20-page introduction wherein he explains his fascination with all things Greek.’ Amazon readers have said that the book is ‘absolutely addictive’, ‘charming, critical, and thought-provoking’, and that it ‘makes the reader yearn for Athens’.

‘Athens – The Truth’ is a travel book that often reads more like a novel. As the author unearths the truths of the city, tension develops and the account moves towards a climax. At many points the writer’s love for Greece is obvious, but at other times his criticisms are frank. Whereas other authors appear to have been wary of treading on Greek toes, Cade tells all.

Here’s part of Cade’s description of a young Greek dancing in an Athens nightclub:

‘No longer dispirited, he rises, lifts a thigh, slaps it too, as if to show determination, and then, gazing upwards, his arms raised, he begins to glide, like an eagle dignified and free upon the winds, maintaining balance while invincibly swooping and swirling above all the challenges of life.’

‘Athens – The Truth’ has been written for anyone who has yet to encounter the true Greece. The author explained: ‘I wrote it not only to help tourists, students, or business people get the most out of Athens, but so that people at home, perhaps with no intention at all of ever actually visiting, can also encounter all those locations, people, and facts which even the most adventurous seem to miss.’

Or you can get it from Public here: http://www.public.gr/product/books/english/diafora/athens-the-truth/prod5111007pp/ or from the Book Depository here:

David Cade is a writer and actor based in the Shropshire Hills, England. He has worked in classical record production, schools, universities, and theatre. He studied Drama, Theatre Arts, and Music at the University of Birmingham and has an MA in Linguistics from the University of London. Besides the United Kingdom, he has lived in New Zealand, Fiji, Australia, and the Middle East. The music of Greece is his passion.