Birthplace Of The Olympic Games 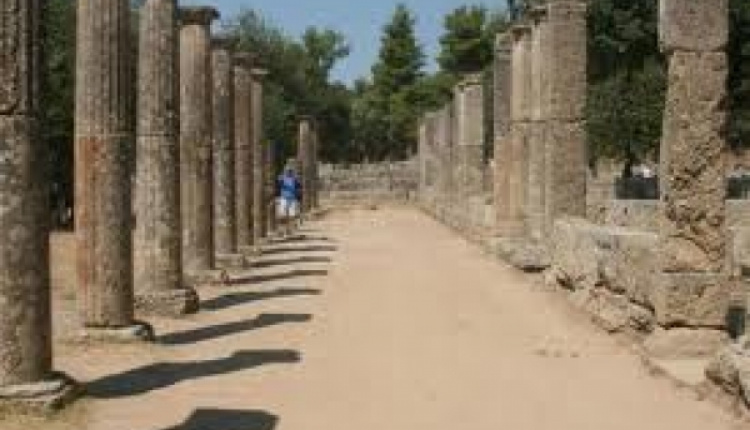 The ancient city from the regional unit of Ilia (Ellis) is the birthplace of the most important athletic event of all times, the Olympic Games. It is also one of the most important archaeological sites, as well as the most known and visited tourist destinations in Greece, that attracts both Greek and foreign tourists. In the western Peloponnese, in the "Valley of Gods", “lies” the most celebrated sanctuary of ancient Greece, the Ancient Olympia.

Discover Greece through its fascinating art and history!
This article has been brought to you in cooperation with MuseumMasters.

The Olympic Games in antiquity were first held in 776 B.C., in honor of God Zeus. It was a highly prestigious athletic festival, that was celebrated every four years, in Ancient Olympia. For the first 13 Olympiads, the Olympics were a one-day festival and contained only one event, the stadion. As more events were added, the number of days grew, until it reached a five-day schedule.

No competitions took place on the first day of the Olympics, but the opening ceremony included the taking of oaths by the athletes. On the second day, the stadion race took place, as well as the boxing  and the pankration wrestling for the boys. On the next day, the chariot races and horse races were held in the Hippodrome. Then came the pentathlon, a combination of five events (running, long jump, discus, javelin, and wrestling), in the stadium. The fourth day opened with the foot races for the men, which were followed by wresting, boxing, and pankration wrestling. On the final day, the victors were crowned with an olive wreath, also known as kotinos.

The archaeological site of Olympia includes the ruins of the ancient Stadium. The ruins of the famous classical Temple of Zeus dominate the Altis. The gigantic ivory and gold statue of Zeus, sculpted by Pheidias, used to stand inside the temple, which was named one of the Seven Wonders of the Ancient World.

Close to the temple of Zeus, the ruins of the temple of Hera still stand. From antiquity till nowadays, the lighting of the Olympic flame takes place at the front of the temple, and then the journey of the torch relay begins, in order to carry the message of Olympism throughout the world.

The visitors can also visit the Archaeological Museum of Olympia and get the chance to admire the findings of the archaeological site, such as the famous Hermes of Praxiteles and the sculpted decoration of the temple of Zeus. The Museum’s collection includes ancient weapons, spearheads, spear butts, breastplates and helmets, found in the sanctuary of Altis.

Visit Ancient Olympia, the cradle of the Olympic Games, explore the ancient buildings, that still “keep alive” the history of the Olympics and the universal values of Olympism and “unravel all the secrets” of the ancient sanctuary and the Archaeological Museum of Olympia.

Visit MuseumMasters and enjoy an educational and inspirational shopping experience!