The Stone Giants Of The Aegean 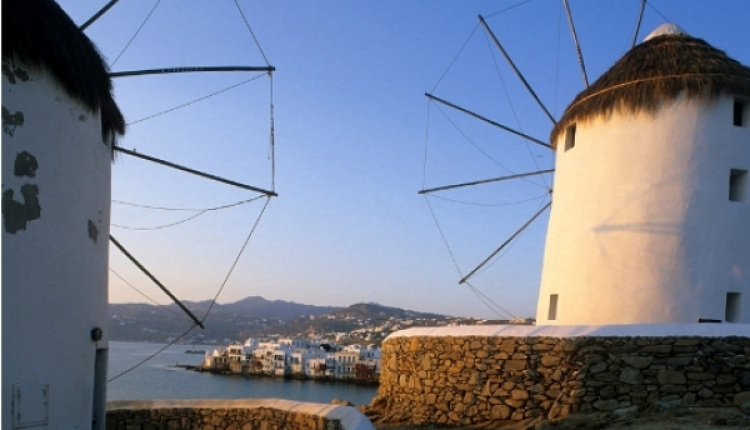 The cylindrical landmarks of the Cyclades tell stories of tradition and human labour to the hills which they beautify with their presence. Invented in the pre-industrial times, they give a perfect example of ecology, as they make the best of the Aeolian energy to satisfy man’s need for the cornerstone of nutrition: bread. It was in the 12th and 13th centuries that windmills appeared on Greek land.

Before long they had turned into a favourite topic for writers, painters, and photographers alike. As a matter of fact, more than 600 of them have been installed on the Cycladic archipelago.

To build a wind mill used to be a hard and costly thing. Its spot had to be carefully chosen: the more exposed to northerly winds, the better. That’s why they stand perched on hillsides, and like vigilantes at the exits of gorges, or like lighthouses on the edge of capes. On the other side, the distance to the village was no less important, as wind mills had to be easily accessible by the beasts of burden.

The most common type of wind mills had been the stone built cylindrical ones, with a rotating and following-the-wind conic roof and a straw “hat”. White triangular sails set against some huge antennas would put in motion a system of axes and wheels, which would make a mill stone turn above another mill stone, the latter one still, to grind wheat, barley and corn into flour.