The Sanctuary of Dodoni 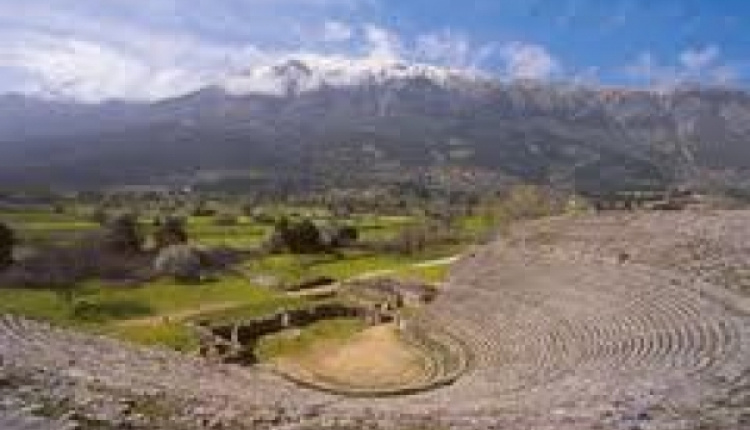 The sanctuary of Dodoni was a spiritual place in ancient Greece. It was the oldest of the Greek oracles and ancient people traveled great distances in order to consult the priests who foretold the future. Outside the temple of Zeus the priests gathered under the sacred Oak tree and listened to the sound of the leaves as they shivered in the breeze and glimpsed at the future.

People from the entire known world would make the pilgrimage in ancient times in order to consult the future-telling Oak tree and to attend cultural festivals that took place regurarly at Dodoni.

"The divine couple had their adobe in the Oak-tree, and from the rustling of its leaves and the flight of the doves (Peleiades) that nested in is branches the soothsayers of Zeus, the prophets (Selli), who slept on the ground and never washed their feet so as to be in contact with the earch and draw their oracular powers from it, interpeted the will of the god to mortals." (Dodona," by Sotirios Dakaris.)

I drove to Dodoni in a clear July morning not knowing what to expect. I drove North from Arta and within one hour or so I saw the signs for Dodona just before I reached the city of Ioannina. I turned left and followed the narrow road that snaked diligently around small and large hills until I was confronted with the majestic twin peaks of mount Tomaros (1972m and 1816m tall) at the foot of which Dodoni is nested. Although it took much longer than I anticipated, I enjoyed the drive to Dodoni enormously, and the ever-changing mountain scenery gave me the feeling that I was about to reach a special place, and I was not disappointed once there.

I entered the ruins of the sanctuary early in the morning before the hot summer sun and the hordes of tourists had a chance to ruin my pilgrimage. I walked the long dirt path from the ticket counter to the excavated site and I could see nothing that gave me the impression of an important ancient center. That is until the enormous retaining wall of the theater of Dodoni grew out of a small hill with an imposing authority that defined the rural landscape.

The limestone seats of the theater were weather beaten and nested in a respectful semicircle between the two enormous retaining walls. I entered the theater and stood alone in the middle of the orchestra pausing to comprehend the majestic scenery, and to imagine the cultural spectacle that took place in ancient times. What were the audience like? Were they restless when the play unfolded? Absorbed and motionless when the plot was climaxing? Did they remain frozen, afraid to make a sound that would disturb the illusionary space of the tragedy? What would they think of me, staring at them with camera at hand and Nike shoes at my feet?