Samothrace: The Island Of The Great Gods 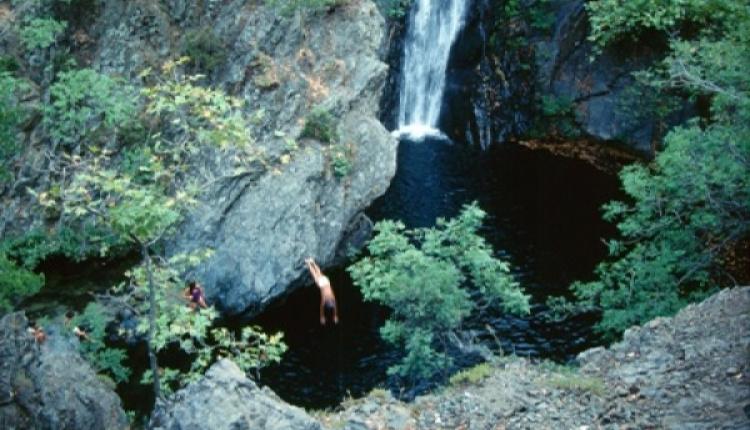 Referred by mythology as island of Aeolus, Samothrace (you’ll see it spelt “Samothraki” too) is wreathed by mount Saos, the highest mountain on the Aegean islands; legend has it that Poseidon sat on its top to watch the Troy war. The attractiveness of the island is now made up of the steep peaks of the holy mountain of the ancients (the highest of which – 1.611 metres- is called “Fengari” = “moon”) the pebbly beaches, the streams and rivers, the pristine natural beauty, the famous healing sources, and the archaeological finds.

An island pregnant with history
There is evidence of human activity on the rich with archaeological treasures island since the Neolithic times. But it’s the Kaviria Mysteries – religious event of great importance, equal to that of the Eleusinian Mysteries - that brought the island’s fame to the top. The grandeur of the archaeological prominence of Samothrace stretches over the 50-square-kilometres site of Palaiópolis, at 6,5km from the port of Kamariótissa.

Hundreds of crystal watered streams flow from mount Saos to rush through the forests all the way to the sea. On their way, they form waterfalls and stone basins, the so called “váthres”. As a matter of fact, the streams and the waterfalls are the landmarks of the island. A pair of the best of those are the stream of Foniás (=”killer”) and its tallest waterfall (Kleidwsi – 35m high). A nature wonder in the form of a waterfall is situated in the Northeast; it’s Kremastó. The water there goes through some iron rocks to obtain a sweet, reddish colour before fiercely ending into the sea. Behind the water mass there is a cave to be explored. Other well-known waterfalls are Kakiá Pláka, Karyá, and Griá Váthra.

Along the north and the eastern coastline there are wetlands formed seasonally. Migratory birds call at the mouth of Foniás, at the wetland of Vdelolimni, whereas the lagoon of Agios Andreas near Kamariótissa is popular with birdwatchers.

But don’t forget you are on an island with rugged, mostly pebbly beaches, some of which are accessible only by boat. The beach of the Gardens with the black and gray shiny pebbles stands out. In the south, there is the only sandy –thus most cosmopolitan- beach of the island, Pachia Ammos (= “thick sand”) where you can marvel at the –perched-on-a-steep-rock chapel of Panagia Krimniotissa. Rent a boat here for a tour around the otherwise inaccessible areas of Katárti, Spiliés, Váto, Kremastó, Grias ta Paniá, and Gyalí. The fascinating bottom of the sea and the underwater life abundance appear transparent through the crystal clear waters.

The imposing mountainous heart of the island paired with its pristine nature are just what explorers and adventure lovers could ever wish for: crossing gorges, trekking, mountaineering, mountain bike, paragliding, rafting, kayak, diving will be amongst your choices if you want to go active.

But Mother Nature has been generous to Samothrace in geothermal richness too: sulphurous therapeutic thermal springs welcome you to the village of Therma and to the spa facilities, where Greeks and foreigners seek and find health and wellness.