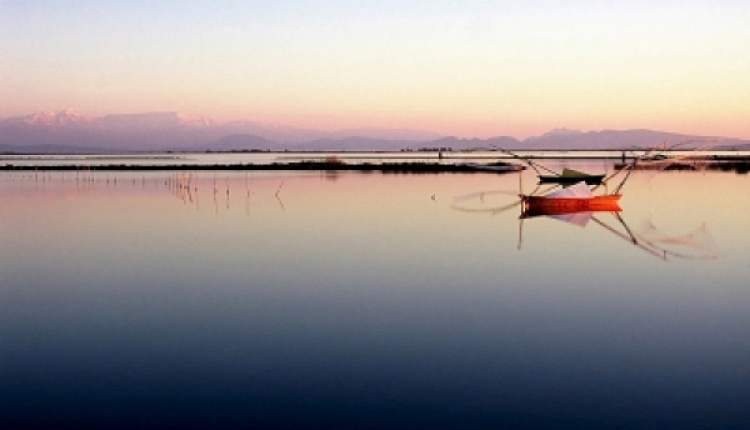 Messolonghi is the capital of the prefecture of Aetoloakarnania and has approximately 13,000 inhabitants. It is built between the lagoon of Messolonghi and the one of Kleisova at the estuary of Evinos and Acheloos river. According to the dominating opinion, the name of the town is a combination of Italian words mezzo and langhi (Mezzolanghi) or messo langhi (Messolanghi) meaning "town between two lakes”.

The first written reference of Messolonghi dates back to the 16th century. From 1804 to 1820, this historical town was under the command of Ali Pasha of Ioannina.

The most remarkable event was the heroic Sortie (April 10th 1826) of its inhabitants after a siege by the Turks lasting several months. The Sortie of Messolonghi has marked the Modern Greek history. It remained under Turkish control until 1829. Afterwards, began its reconstruction process. In 1937 Messolonghi was named “Sacred Town”.

It is a town of glorious cultural and historical past, as it was the birthplace of authors Kostis Palamas, Miltiadis Malakasis and Antonis Travlantonis as well as important politicians such as Prime Ministers Spyridon and Charilaos Trikoupis, Dimitrios and Zinovios Valvis and Epameinondas Deligiorgis. Nowadays, Messolonghi is a major fish-production center. There are interesting examples of traditional architecture in Messolonghi. It is located 250 km NW of Athens and 510 km SW of Thessaloniki (via Amfissa-Nafpaktos).

In the museum there is also a room exclusively for Lord Byron, with oil paintings, letters, portraits of the poet, the people that he met, the places he visited during his stay in Greece and which he expressed in his poems, personal items and letters specifically of his Philhellene efforts. In a prominent position is his statue which was donated by the Canadian Embassy. The nobly family of Palamanians had its impact as well. At a house which stands out architecturally, the ancestor of the Palamanians, Panagiotis Palamas was born in 1722 and was considered as the teacher of the Greek origins. In the same house, stayed our National poet Kostis Palamas when in 1865 he became an orphan. Both his parents died and he went to the house of his father's brother Demetrios Palamas. Here he stayed until he completed his education and wrote his first poems.

A lot of places remind and stir the emotions of many visitors such as the neighborhood of Kapsali, the position of the house of Lord Byron, the noble house of John Trikoupi which is situated at the end of Mayer road near the "first arch", the noble house of Zafirio or Zinovio Valvi where the public library is housed, and the local historical center. The position of the house of Bishop Josef of Rogon near the Xenokratio public school, the windmill, the small church of Panagia of Phoenekia, 2 km outside Messolonghi, where Lord Byron often visited and the historic Monastery of Agios Simeon which is 8 km from Messolonghi.