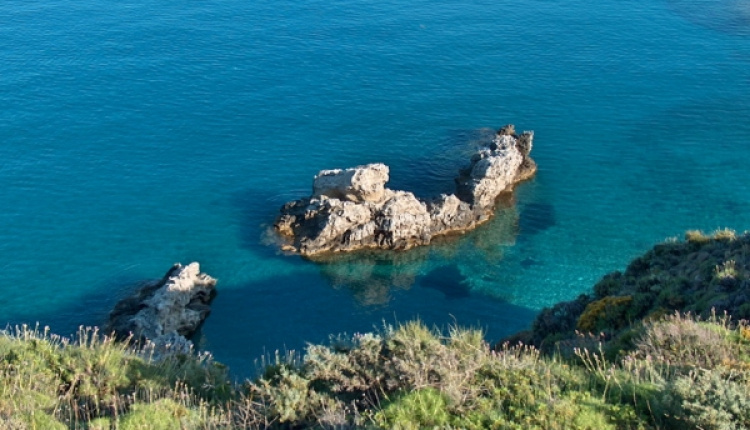 Wonderful for its exciting contrasts, the island of Kýthera has been home to hosts of peoples and civilizations: from the Neolithic Age to the Minoan times (20th century AC) and to the Mycenaens, the Dorians and the Spartans, still in the ancient times; from the Byzantine middle ages to the Venetian rule; from the Ottoman to the English occupation; from the State of the Ionian Islands to the modern Greek State which it joined in 1864.

The ancient myth that referred the island as Aphrodite’s birthplace has been the inspiration for the paintings of celebrated artists such as Sandro Botticelli and Jean-Antoine Watteau. Now, a trip to Kýthera is the symbol of a burning desire, of hankering for beauty; and not unjustly so.

Chóra, the capital of the island, stretches out around the Venetian castle of the 13th century - renovated by the Venetians in 1503 - to share with it an overwhelming view to the Cretan Sea. On the cliffs around the castle a small yellow jewel of a flower grows; sempreviva is peculiar to the island. White little houses squeeze each other to fit in the narrow cobbled streets that go whirling uphill and past tiny little churches and Venetian mansions with beautiful gardens. Your need for a rest will be met at the cafés of the two scenic squares of the village. But if you feel like having a delicious meal or a drink, walk downhill to Kapsáli.

Kapsáli could be said to be the busiest spot for tourists. Full of cafés, tavernas, bars and boasting a marina too, Kapsáli is where the night of the island turns energetic and eager for a meeting and romance. The number of the aficionados of the island is a multi-digit one. Most of them agree that Avlémonas is the most beautiful village of it. Crystal blue-azul waters bathe the frisky morphology of little bays to match with the cycladic architecture of the houses and the cobblestone paths around them into an attractive ambience of recreation and wellness.