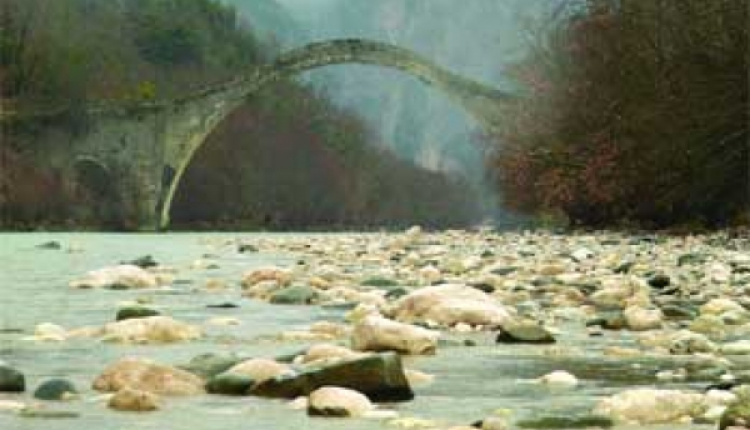 The Tzoumerka mountain range or the Athamanian mountains, as it is also known, is located in Central Pindos, between the rivers Arachthos and Aspropotamos. The Tzoumerka mountain range consists of the natural frontier between Epirus and Thessaly. Many peaks of Tzoumerka have an altitude of more than 2000m. Verdant forests, abundant running waters, rivers, waterfalls, steep slopes create a scenery charming and at the same time wild and imposing.

There are 47 villages scattered on the mountain range of Tzoumerka with common cultural and historical background, the so-called ‘Tzoumerkochoria’ (villages of Tzoumerka).

According to tradition (there’s no written source found) these villages were built between the 14th and the 15th century, during the Turkish occupation (possibly for reasons of defence) and played an important role in modern Greek history.

The area is an attraction for nature lovers and also for the lovers of extreme sports, as it has a rich ecosystem that impresses the visitor and also two rivers, Arachthos and Kalarrytikos (tributary of Arachthos), which offer magnificent routes for rafting and canoe - kayak. Additionally, river Acheloos (also called Aspropotamos) flows in the confines between the region of Tzoumerka and Thessaly.