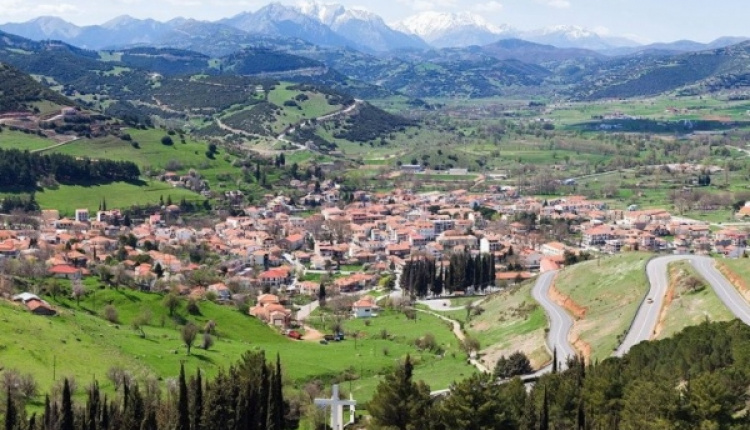 Just over two hours from Athens toward Patras is the picturesque mountain resort town of Kalavryta. Located among the incredible, and notable mountain ranges of Mount Erymanthos in the west and Aroania or Chelmos in the southeast, Kalavryta is well-known among ski enthusiasts, but offers a beautiful natural environment all-year-around. Kalavryta is perfect for a day-trip or easy weekend get-away from Athens.

A beautiful and relaxing town today, Kalavryta is actually most famous for developments that occurred on the March 21st in 1821, which ignited the Greek War of Independence against the Turks. Located on a hill just 4 km southwest of Kalavryta, the monastery of Agia Lavra is tucked among a pine covered mountain. It is here that the Greek ‘flag of freedom’ was raised by Bishop Germanos of Patras when the Greeks rebelled against the Turks. At one time the monastery held 1000 monks. It has since been burned down three times: twice by the Turks in 1585 and in 1827 and once by the Germans in 1943.

A second famous monastery nearby is Mega Spilaio (or Big Cave), located 8 km northeast of Kalavryta. Built in a giant cave, the monastery is said to have been built in 326 AD and is home to beautiful frescoes, mosaic floors and other treasures.

Another famous spot in the area is the Spilaio ton Limnon (or Cave of the Lakes) which is filled with beautiful lakes and strange rock formations. The walls are ornamented with colorful stalagmite and stalactite formations while giant chandelier like stone formations hand from the ceiling. Tours are taken through the cave every half hour or so and the guide speaks in English and Greek.