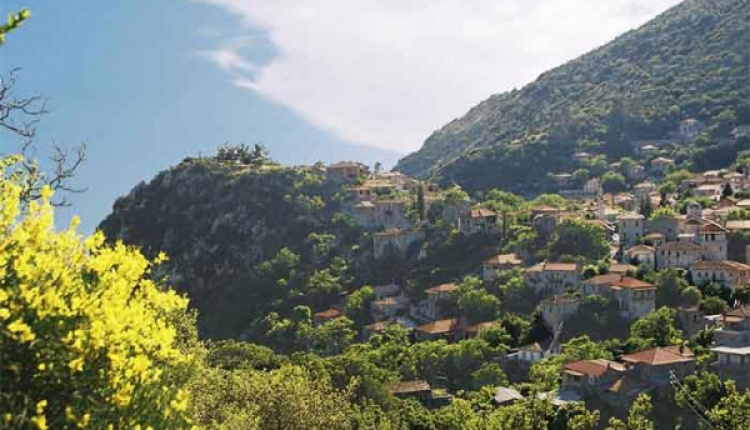 Stemnitsa is one of the most beautiful towns in southern Greece, wondrously perched 1050 meters above sea level amid a forest of fir and chestnut trees. It is built on the archaeological site of ancient Ypsous and was under the rule of the town of Gortynia. In later years (7th-10th century AD) the name of Ypsous has changed to Stemnitsa due to the installation of a Slavic population in the general area.

For centuries the stone village was one of the Balkans' best-known metalworking centers, and today a minuscule school is still staffed by local artisans.

Above the lively square rises the bell tower of the church of Ayios Giorgios and at the top of a nearby hill is the monument to fighters in the 1821 War of Independence against the Turks. Stemnitsa, in fact, claims to have been the capital of Greece for a few weeks in 1821, when it was the center for rebels who successfully routed the Turks. The views throughout the town are phenomenal, especially at night when the village lies beneath of canopy of bright stars.

From the north side of town, a well-marked path leads through the mountains to the isolated monastery of Moni Ayiou Ioannitou, with a little chapel, covered in frescoes, that is generally open. From the monastery other paths lead through a beautiful, wooded valley to the banks of the river Lousios. Several other monasteries, closed to visitors, are nestled alongside the riverbank.