Ancient Olympia - The Birthplace Of The Olympic Games 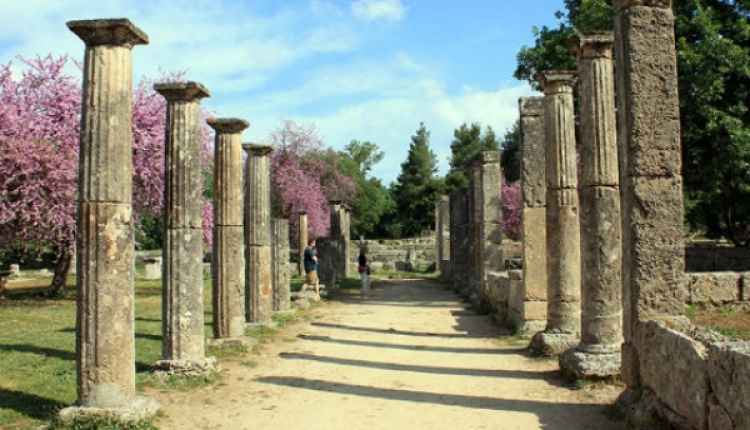 Olympia was the birthplace of the ancient Olympic Games, which were celebrated every four years by the Greeks. Olympia is situated in a valley in Elis, which is in western Peloponnisos. It was not a town, but a sanctuary with buildings associated with games and the worship of the gods. The site of the sanctuary of Olympia is in a lush region irrigated by two rivers, the Alpheus and the Cladeus. The riverbed remains dry for most of the year now, but in ancient times it was one of Olympiads vital rivers.

Olympia was a national shrine of the Greeks and contained many treasures of Greek art, such as temples, monuments, altars, theaters, statues, and votive offerings of brass and marble. Many valuable objects were discovered, the most important of which was a statue of Hermes, the messenger of the gods by Praxiteles.

The most celebrated temple in Olympia was the Temple of Zeus, dedicated to the father of the gods. In this temple, probably the oldest Doric building known, stood the table of which the garlands were prepared for the victors in the games.

The Archaeological Museum of Olympia, one of the most important museums in Greece, presents the long history of the most celebrated sanctuary of antiquity, the sanctuary of Zeus, father of both gods and men, where the Olympic Games were born. Among the many precious exhibits of the sculpture collection, for which the museum is most famous, the bronze collection, the richest collection of its type in the world, and the large terracottas collection, are especially noteworthy.

In addition to the Archaeological Museum, visitors can go to the Museum of the Ancient Olympic Games, The Folk Museum of Andritsaina, and the actual Archaeological site of Olympia. These museums are well-renowned and great for a family outing.