Elefsina And The Goddess Dimitra 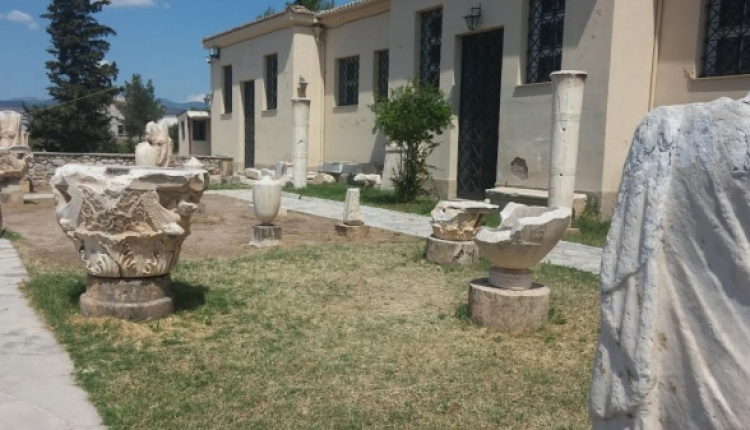 Every person arriving in Athens Airport, probably recognizes the place name “Elefsina”! From the moment you leave the airport by car, bus or taxi, you see that all directions on the highway point to “Elefsina”! A very known name for every Greek, but not that known for tourists. So especially for you, here is the story of Elefsina.

Elefsina is located only 20 kilometers away from Athens.  It is certainly a place you would have heard of had you lived in ancient times. People all the way from Asia and Eastern Africa made the pilgrimage to participate in the Great Mysteries of the Goddesses Demeter and Persephone.

The goddess Demeter (Dimitra) was one of the twelve gods who lived on Mount Olympus. She was the goddess of earth and agriculture. It was Demeter who taught the people how to cultivate the land. Demeter was the daughter of Cronus and Rhea and sister of Zeus. With Zeus she had a daughter, Persephone.

When Pluto, god of the Underworld, snatched Persephone, Demeter wandered the earth searching for her daughter, until she found her in Elefsina. There the king of Eleusis (Elefsina), Keleus, hosted her and in return she established the Elefsinian Mysteries, the most important festival of antiquity.

Even today, we know little about the ceremonies and events during their celebration. At the end of the 4th century AD the Festival declines, the sanctuary turned into ruins and the cult was abandoned.

Years of religious conflict, war, and looting foreigners destroyed the area of its greatness, and now it’s a strange mystical place situated just above an industrial shipyard.  However, on the archaeological site of Elefsina, we can travel mentally to the time when the Mysteries had taken nationwide character. It is a place worth visiting, with a great archaeological museum, that no one ever sees.

This article has been provide by Omilo Language and Culture in Greece.
To learn more about them, please click HERE.
Click HERE to see some of their current courses.