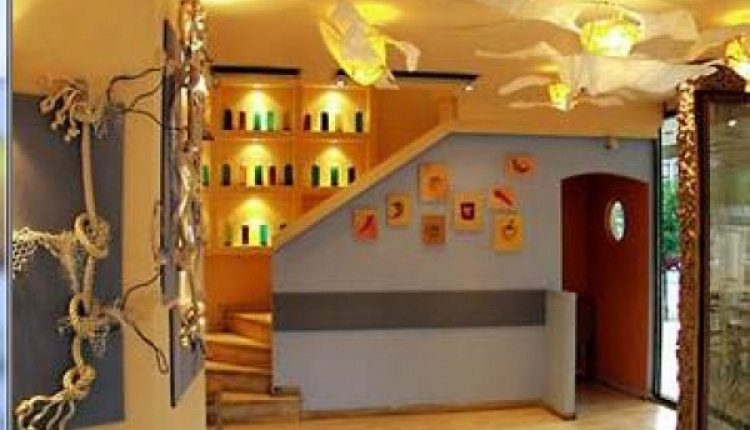 Piperia. A word that leads your mind to something spicy and fresh, something hot, perhaps oriental in origin. On March 15, 2001, Mr John Galaktopoulos, the owner, inaugurated a classic restaurant in the beautiful area of Neo Psychiko. However, following the silent, but clear, guidance issuing from his customers' preferences, he soon turned it into a post-modern seafood tavern. The odd term "post-modern" is obvious both in the aesthetics of the interior, which is more than simply imaginative, possibly futuristic, and in the choices of the kitchen in the final form it has taken. Both the decor, as well as a large part of the menu, changes quite often, and this adds a refreshing note to the whole and is an unfailing weapon against standardization and habit, which have easily lead similar establishments to decay. A great deal of care has been given to the selection of the people who make up the personnel of the tavern. Fresh and young persons are ready to be of effective service to the customers-some of whom have become regulars, even fanatics-who come mainly, but not only, from nearby areas and are fans of the style created by "Piperia", the tavern that tends to be a major landmark in the gourmet map of Athens.

The kitchen is dominated by seafood tastes and is basically Greek, having a somewhat varied character, however, as we are going to see.

There are four appetizer proposals, and a wine selection of 30 excellent Greek choices including mainly white wines, which fit in the character of the kitchen, a good variety of beers and, of course, ouzo, which cannot be missing from a place like that.

The unbottled wine we serve (Muscat from Limnos and Agiorgitiko) is carefully chosen, and there is also unbottled tsipouro.


Do you have a recommendation or recipe to share? Send it to us at ideas@xpatathens.com!