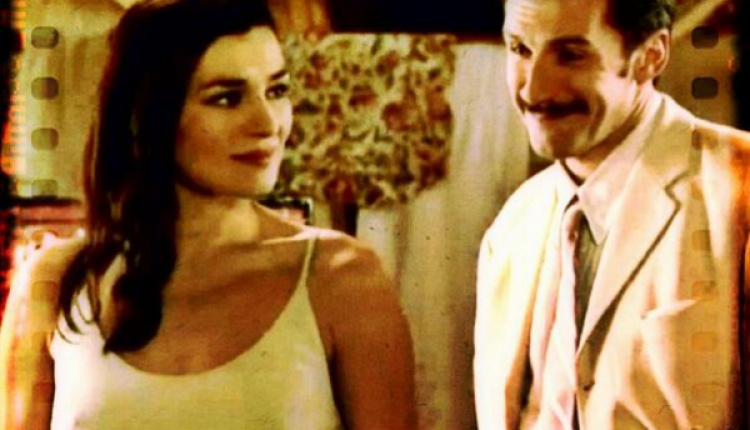 Would you like to travel to a Cycladic Island soon, but still not so confident due to the corona pandemic? Do not worry! If you’re looking to ‘travel’ from the comfort of your own living room whilst staying safe and practicing your Greek skills, we have the perfect idea for you: why not give the Greek TV series I Aithousa Tou Thronou a try?

This Greek TV series was shot in both Attica (Athens, Lagonisi, and Nea Makri) and the island of Syros, where also the Greek Language and Culture courses of the Omilo school take place. If you're interested in discovering Syros and learning Greek, then click here to learn more about Omilo's language programs in Syros.

I Aithousa Tou Thronou (en. The Throne Room) is a Greek period drama TV series that was aired between 1998-99 and was based on a novel by the celebrated novelist and academic Tasos Athanasiadis.

It takes place on the Cycladic island of Syros in 1966, right before the Greek military junta ruled Greece from 1967 to 1974. The socio-political circumstances in Greece are heating up, but at the same time, people are characterized by a certain innocence as they cannot imagine how things are going to develop; everything feels very distant but also very close. The series follows closely a group of young people, whose lives intersect and eventually get tangled up with each other’s. It examines the topics of love, life, death, God and religion, the eternal clash between good and evil, people’s wants, and social conventions.

The story is set in motion by the arrival of two very young people at the island of Syros: the first one is Loukas Delogis, the son of a powerful local family who studied in Paris and spent some time in Mount Athos afterward, also known as Agion Oros. It is a mountain and peninsula in north-eastern Greece as well as home to twenty monasteries, so Loukas tried to become a monk there but failed, so he decides to return to his homeplace. The other one is Glauki Arhontidi, a young Greek woman who lives in London and whose father became a hero during the Katochi, i.e. the German and Italian occupation of Greece during WWII where he died fighting with the Greek resistance army.

You can watch the series online on various Youtube channels, but you need to search a bit for the 26 episodes You can start watching the first episode here.
There are no English subtitles for the time being so it would a good exercise for intermediate or advanced Greek learners