What Are The Alkyonides Days? 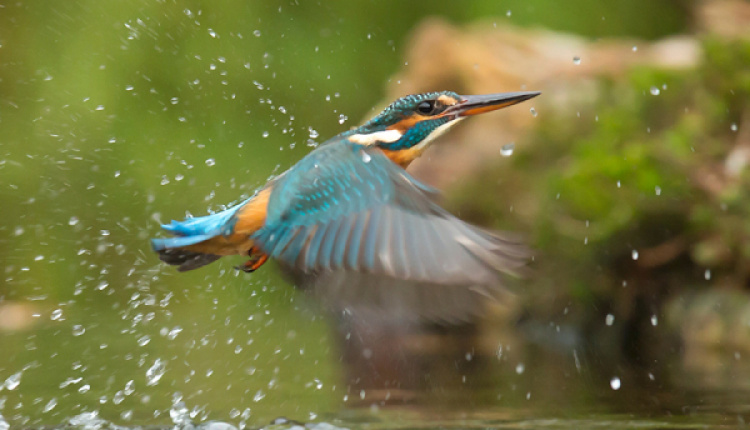 Greece is reputed to have over 250 days of sunshine with warm temperatures in the summer and lovely mild temperatures throughout the rest of the year. But have you ever wondered exactly why temperatures can reach even 20 degrees Celsius during the peak of winter in Greece? It’s because of what the Greeks call ‘Alkyonides Meres’ or the Alkyonides Days! Today, the phrase ‘halcyon days’ has a literal meaning of calm, peaceful days, and here’s why…

The Alkyonides Days take place from December 15 to February 15 each year, and most often between January 16-31. During this time, the days typically have intense sunshine, with no clouds or wind and heightened temperatures for the season.

What’s In The Name?
Alkyonides Days are named after the bird Alcyone (or halcyon/kingfisher birds), which lays its eggs during this time of year in the cracks of sea rocks. The allegorical meaning is of the homonymous star Alcyone in the Pleiades cluster (which bears the name of the bird). During this period, the star Alcyone culminates during the evening hours and therefore during the cloudless nights in January, the star is visible to the cluster of the Pleiades in the highest area of the celestial dome. As a result of this simple natural event, all the consecutive days that the Alcyone star is visible were naturally called ‘Alkyonides’.
Alkyonides Days From A Scientific Point Of View
From a meteorological point of view, the Alkyonides Days are created as a result of the latitude of Greece during these days of the winter, heightened barometric pressure, combined with no wind, cool temperatures, and intense sunshine.
The Myth Behind The Alkyonides Days
There are several myths surrounding the phenomenon of the Alkyonides Days, the most common of which is the story of Alcyone, daughter of Aeolus, the Greek god of the wind. Alcyone was the devoted wife of Ceyx, King of Thessaly in central Greece. Ceyx ruled his kingdom with justice and in peace. Alcyone and Ceyx were admired by gods and mortals alike for their physical beauty and the profound love they had for each other.

Zeus punished the arrogant couple who dared to compare themselves to gods by plunging Ceyx’s ship and drowning him. Alcyone lamented her loss so much that she threw herself into the sea and drowned, determined to join her husband in the land of the dead. The gods of Olympus were so profoundly affected by the tragic fate of the couple and their wonderful love for one another that Zeus transformed the couple into halcyon birds (kingfisher), yet condemned to give birth in the winter. The waves of the sea rushed into the rocks and destroyed Alcyone’s nest and eggs, and Zeus once again felt regret and ordered the winds to stop and the sun to shine for fifteen days in the heart of the winter so that Alcyone could safely lay her eggs.