Learning Greek from the Very Beginning 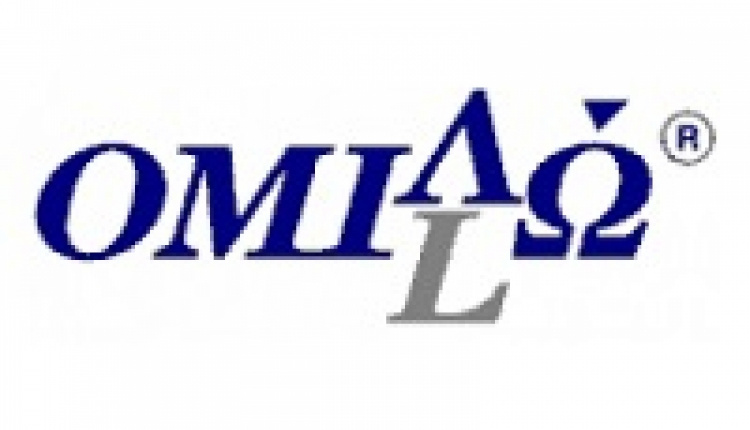 When I heard the Greek language for the first time, I could never imagine that I would ever master the language. I did already speak a few “ordinary” languages such as English, French and German. But then Greek!  I didn’t know where to start, I couldn’t hear where one word stopped and the next one began. The expression “it’s all Greek to me” started to make sense!  Was it my intension to find my way in this labyrinth of words ? Yes indeed, and in the end, it was a pleasant and educative experience!

Lesson 1: Saying “Yes” and “No”. That’s where it all started. Whereas  in most foreign languages the word “No” begins with an “n” and has one syllable ( think about no,nee, nein, njet) the Greeks decided to have an exception to the rule. The Greek for “No” is “Ochi” (όχι) and for Yes is “Ne”.(Ναι)

The Greek people have more different ways to say “No” which is  quit amusing!! Oral expressions are, for example, “a”, pretty much the same as the American “a”, or a very fierce”apapapa” ! If for ex. you ask the  the question “ Shall we go for a walk?” you might get a negative answer with the boring-sounding “Ba!” And then not to forget all the gestures which express a “No”: throwing the head back, possibly accompanied by raising the eyebrows. Mere raising of the eyebrows, accompanied by rattling of the tongue, the sound we make when we are slightly annoyed.

Lesson 2: Greeting somebody. In Greek, you can say “ya” (γειά or γειά σας)  when you greet somebody upon arrival or departure; it has got the same meaning as “Hello and Bye”. OK, I will add another free lesson: if you repeat the word “ya”, saying “yaya” (γιαγιά), that means ““grandma”. That is how I taught my nephew his first full sentence” Just repeat “ya” three times, and you are greeting grandma! “Ya ya ya” he shouted at me repeatedly during his stay with us  and every time he burst out in laughter ... And this was only the first lesson!

After a few weeks of intense listening I started to recognise words and tried very hard to remember them. Fortunately I had my husband, whom I could ask for advise and my mother in law “to practise”. However, Greek is not easy to learn without discipline and a real teacher!  A friend recommended the OMILO School, a school for foreigners to learn Greek. They have courses in Maroussi  (North Athens) for poeple like me and live all year in Athens, but they also have intensive courses on various islands in the holiday season.

Thanks to my extra lessons at the OMILO Greek Language School, I made rapid progress.  My Greek teachers were great and kept me motivated to keep speaking Greek  and using the grammar properly. Yes, grammar is important too, especially if you do not want to sound as a foreigner all your live!  We had a lot of fun in the class and learned from eachothers mistakes. And some mistakes you never forget!

The “stress–emphasis” is a very important aspect of the Greek language. In written Greek an accent is placed on every letter which is emphasised.Wrong use of the emphasis can create terrible (or funny) misunderstandings. A very good example is the word “malakά”, which means “soft”. If you put the emphasis in the wrong place than you would say “malάka”, which means as*****e ! Do I need to say more? Be careful…

Every now and then little mishaps can happen! One day one of my classmates bought feta cheese and said in her best Greek: “Miso kilo feta parakalo” (half a kilo feta cheese please). To the question of the salesperson “what type of feta would you like” (hard, soft,...) she answered convincingly: “Feta, malάka…!!! She got an enraged look at first … but, fortunately, she looks anything but Greek, and it was soon corrected with a smile...”Oxi koritsi mou, “malakί” feta theleis....” ( No, my dear, you want soft feta cheese...).

Why the “a” now changes into an “i” will be explained at the OMILO Greek Language school!

I am now at a very good level in Greek and feel so much better in this beautiful country. Only by speaking the language you also understand the Greek culture and mentality.I must say  I often felt irritated by words you would think they are more or less the same in all languages, as, for example “police”. If you thought  this was an international word, that definitely was before discovering the Greek language, as the Greek word for police is: “astynomia”!  Do you like fruit and especially kiwi’s ? Bad luck, cause in Greece nobody seems to know the word kiwi.... they call them “aktinidia”.  Learning the Greek vocabulary is a hard job!

Learning Greek is really fun and worth it. If you need help, do not hesitate to check the website of the OMILO Greek Language school.    The schoolyear just started...so as the Greeks so nicely say “Kali archi”! Good start!