How To Celebrate A Greek Christmas 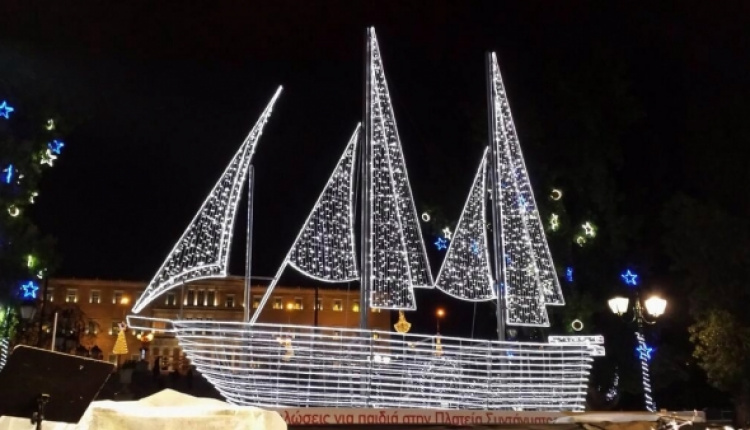 Christmas is an important cultural and religious event in Greece, second to Easter and the Lenten season. Food plays a major role during the holiday season, as do gifts, feasts, and symbols. Baked goods are especially important and every region has its own special twists to traditional recipes.

Greek Christmas celebrations last for 13 days, from Christmas Eve until Epiphany, January 6 - the day that the Magi arrived in Bethlehem - bringing gifts to the Christ child. Many Greek Orthodox residents fast during the four weeks of advent, so elaborate preparations are made for the Christmas feast. Greek culture has not traditionally inclulded elaborate decorations, although in recent years we see more and more lights and seasonal decorations. Athens now also boasts one of the largest Christmas trees in Europe and its lighting is an annual tradition. On the islands, traditional fisherman communities and their families still decorate a small ship instead of a tree, symbolizing their ties to the sea. Greeks have traditionally given simple gifts, and usually on Epiphany, instead of on Christmas, symbolizing the gifts of the magi.

Greek Holiday Baking
Baking is an important part of Greek cooking for Christmas. Bread is the most important of the Greek holiday foods. Historically, flour and yeast were scarce and expensive and thus saved for special meals. Traditional items, such as Christmas bread or stravropsomo, a fruit-filled loaf, decorated on top with the sign of the cross and Chistopsomto or “Christ’s Bread”, a leavened bread made of flour, sesame seeds, and spices, such as anise, orange, cloves, and cinnamon accompanied by dried figs, are eaten on Christmas Eve.

Christ’s Bread
Greek Christmas celebrations begin on Christmas Eve with the breaking of Chistopsomto. The loaf is set on the table and surrounded with nuts, dried fruit, and other treats. The head of the household blesses the loaf and each person gets a  slice, drizzled with honey. Before anyone eats the bread, the group lifts the table slightly three times, signifying the Christian trinity. In some regions of Greece, an olive branch is inserted into the bread on end, like a tree, symbolizing peace. Other regions leave the first slice of the loaf outside the front door for the poor.

The Christmas Feast
The traditional Christmas Day feast is centered about either a turkey or goose, stuffed with a mixture of rice, pine nuts, chestnuts, cinnamon, cloves, and allspice. Roast pork with cabbage or cauliflower is another popular holiday choice, one that dates back to the early Christian era. Family is important in Greek culture and the Christmas meal is usually a large one, often featuring two or more main dishes. Side dishes, such as roast potatoes and grilled vegetables often accompany the meal.

Greek Holiday Food Symbols
Pomegranates, the bright red fruits indigenous to the Mediterranean, have been a symbol of prosperity since the days of the ancient Greeks. It is commonly used during the Christmas season, both as decoration and as food. Basil is also a Greek Christmas symbol. A sprig is traditionally wrapped around a cross and sprinkled with holy water each day during the season.

Regional Customs
Different regions throughout Greece have their own variations on holiday traditions. One such charming custom comes from the Greek region of Epirus; there, the Christmas bread is decorated with dough shapes representative of the family’s occupation, a shoe for a cobbler or a plow for a farmer. Additional small loaves, called kouloures, are made in celebration for the animals – donkeys, sheep, and goats – in this traditional rural area, and are broken up and given to the beasts as a symbol of good health for the coming year. Other figure eight shaped loaves, koliantines, are baked for the children, also as a symbol of health.

All in all, celebrating a Greek Christmas is about sharing the joy of the season with family and friends! Here are a some ideas on how to give your Christmas a Greek touch.