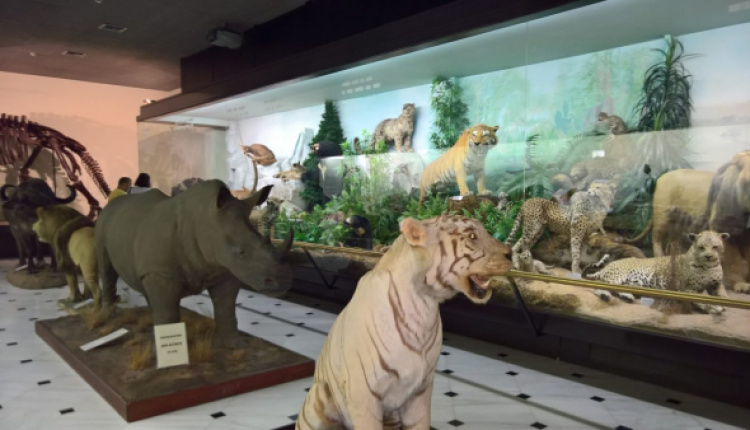 The world’s earliest analog computer, the first robot in history, and the gods of Olympus; masterpieces of ancient Greek, Roman, Byzantine and contemporary art; plants and animals that live on the surface of the earth, in the vastness of the sky and in the depths of the ocean; and illusions that fool the mind and the eye: the museums of Athens can conjure up a magical world for young visitors, sparking their imagination. Tailored programs and tours take them on a journey of experiential learning through play.

At the Acropolis Museum, children can follow different paths of exploration. Specially designed pamphlets for younger visitors highlight subject matter and difficulty levels suitable for different age groups. With these in hand, young explorers can discover the museum’s treasures while exercising their memory, using their imagination, and having fun. One trail, “The Parthenon Sculptures: Six Short Stories of Separation,” takes them to the Parthenon Gallery on the museum’s third floor, where they’ll find out more about what are arguably the most famous sculptures in the world. Through the stories of these masterpieces, they’ll learn how and why some became separated and where they are today.

The Origins Of Technology

Can a robot operate without batteries or electricity? Ancient musical instruments and toys, the ancient Greek “smart” home, an innovative wine jug, and an automaton puppet theater are some of the unique interactive exhibits at the Kotsanas Museum of Ancient Greek Technology. From the robotic “servant” of Philo of Byzantium to the mechanized puppet theater of Hero of Alexandria, and from the mechanical clock of Ctesibius to the world’s first analog computer, the Antikythera Mechanism, the technologies on display cover the period from 2000 BC to the end of the Ancient Greek era. The Kotsanas Museum features fully functional replicas of more than 400 inventions, many of which remain relatively unknown. Young visitors will be struck by the similarities between ancient innovations and the origins of modern technology. Ctesibius, Plato, Aristotle and other great minds are willing to share their secrets. Are you ready to join them?

At the Museum of Illusions, nothing is what it seems. Here, anything can happen, and every visit is an exciting adventure that will leave children and parents alike wide-eyed in disbelief. You’ll watch yourself shrink, see double, experience holograms, and even… disappear! Through a series of illusions, visitors will learn that their senses can be fooled and that the world is full of visual percepts that appear to be at odds with reality. A stop here is sure to entertain museumgoers of all ages.

As they explore the fantastic collection of the Goulandris Natural History Museum, visitors learn about the reptiles of the world, from the Caretta caretta sea turtle to the Nile crocodile (there is even an accurate replica of a Triceratops), as well as 180 species of birds that nest in Greece, along with birds from Africa and Central America. In the museum’s entomological exhibition, they can admire butterflies and other species of insects from various countries, while the mammal collection includes the kangaroo, koala, lions, leopards, baboons, and giraffes. The botanical exhibition provides the perfect introduction to the plant kingdom. The museum also has halls dedicated to marine biology, featuring an impressive collection of shells from the Greek seas; paleontology, with characteristic samples of fossils; and geology, with an extensive collection of rocks and minerals. All exhibit descriptions are in Greek and English.

To read this article in full, please visiti: greece-is.com