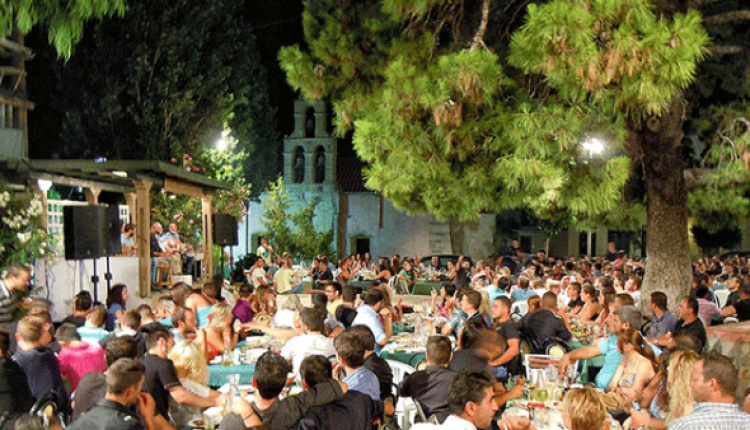 A Panigiri is a centuries-old traditional and cultural festival organized during the summer months mainly in the villages of Greek islands and mainlands where the patron saint is celebrated.'

The Feast begins at the local church in the morning and is followed later by good music, food, local wine, and lots of dancing, which are the key elements that make a Panigiri what it is.

After the ceremony people sit together, at communal tables, eating local delicacies including olives, cheese, meats, seafood, Greek salad, and other dishes that are famous in that region. Locals and their guests dance and sing traditional music, while the band plays till the early hours of the morning.

The festival is an occasion to bring young and old people together, to meet locals, to talk, to drink, to eat, to dance and to feast!

A Panigiri is a unique and fun-filled experience that should not be missed during your summer in Greece. It’s a blending of a religious ceremony and social festival you will cherish forever.

During the summer months, all over Greece, from the tiniest of churches in the smallest of villages to the largest towns, Greeks keep this centuries-old tradition alive; especially on August 15, when everyone celebrates Panagia and Dekapendavgousto.