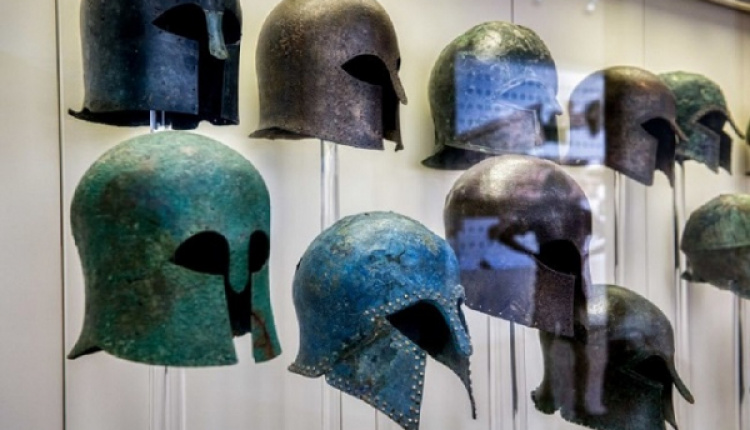 An archaeologist published a photo of several helmets kept in the storeroom of the Archaeological Museum of Olympia.

Archaeologist Ticia Verver piqued the interest of fellow archaeologists when she took a photo, which showed rows of well-preserved helmets dating back to antiquity.

According to Verver, warriors who returned victorious from the battlefields showed their gratitude to Zeus by offering him their weapons. Olympia, due to the existence of the temple of Olympian Zeus, proved to be an important place for collecting weapons. The result is that a large number of helmets, shields, and spears can be found there.

The archaeologist also pointed out why visiting Olympia is so important. Individuals, as well as city-states, made offerings to Zeus, both money and statues (among them the famous Nike of Paionios from 421 BC), bronze tripods, shields, helmets, and weapons. Olympia is still a living Museum of Greek art and culture.

Originally published in Greek, on: iskra.gr
Translated by: Codico Lab