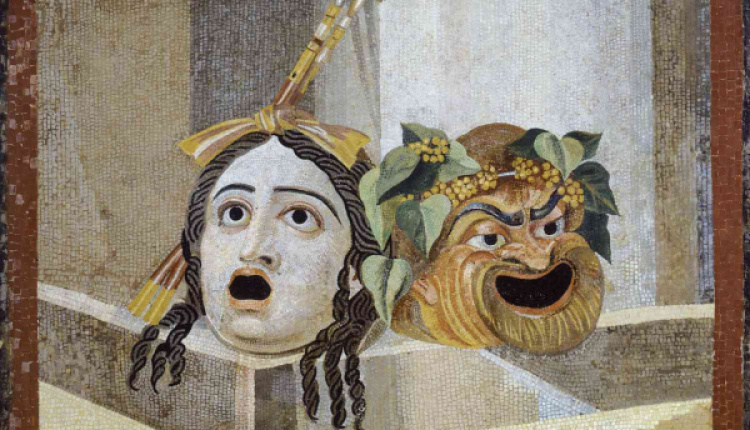 Some things never change–and humor, luckily, is one thing that hasn’t changed a great deal over time, as we can see today by the comedies of ancient Greece. The ancient Greeks were known for exploring a wide range of comedic content, using the satire and farce that are just as funny today as they were in ancient times.

Tropes such as mistaken identity and, of course, the old standby, sex jokes, will never go out of style, as we can still see today. We have always needed an outlet for the stresses and troubles of life, and that was just as true two millennia ago as it is today.

Of course, politics will never cease to be a part of our lives and we see portrayals of politicians from the time of ancient Greece who may as well be behind the mahogany desks of today, all over the world, still wheeling and dealing.

And the battle of the sexes is absolutely nothing new, as we can plainly see in the comedies of the great writers of ancient Greece.

Lysistrata is one of the comedies that has been translated the easiest throughout human history. Written by Aristophanes, the man who is known as the best Greek comedy writer of them all, this play has been reinterpreted and staged all over the world innumerable times even in the form of an opera. This play, which takes place during the Peloponnesian War, portrays Lysistrata, a woman who is tired of the constant, seemingly meaningless, fighting.

After deciding to take matters into her own hands, she persuades the women from all of the Greek city-states to join her in her effort to bring an end to the males’ unending wars. And, of course, she has to use one of the very few powers women had in those times–that they refuse to have sex with their husbands until they somehow call a halt to the hostilities.

Before too long, the men begin to suffer without the pleasures of being with their wives and agree to begin peace talks. However, they cannot leave quarreling and fighting behind, and they start to find fault with many of the terms of agreement. Lysistrata then comes up with the idea that she should parade a beautiful woman in front of them so that they would become so desperate they would sign almost anything. Naturally, Lysistrata wins that bet.

This immortal comedy was even remade recently into a dramatic movie, called “Chi-Raq.” Incredibly, Lysistrata was first performed in the year 411 BC–proving that human nature remains basically the same as in those days of old.

Thesmophoriazusae, yet another masterpiece by Aristophanes, focuses on taking pot shots at the tragic poet Euripides. Using powerful women as protagonists, he has them deciding that they have been unfairly represented by Euripides as seducers, schemers, betrayers, or sometimes simply helpless victims–none of which these women are. The women decide to rise up and punish the great playwright for his misrepresentation of their gender.

Concerned, Euripides asks Mnesilochus to go disguised as a woman to the great female celebration of Thesmophoria, a fertility festival for women held every autumn that strictly prohibits any attendance by males.

Mnesilochus would be expected to speak in favor of the playwright there. In many different ways, including hilarious and sometimes painful methods, the hair is removed from his body and he is finally dressed like a woman. He then makes his appearance at the Thesmophoria, where he is supposed to hear the ladies start the festivities with a prayer that anyone who angers them be punished–especially poor Euripides.

The Frogs, another comedy by Aristophanes that has certainly stood the test of time, was first performed at Lenaia in the year 405 BC, taking first place in the theater competition. And this is no wonder, since its take on human nature is just as tru today as it was then.

The play tells the story of the Greek god Dionysus who is in complete despair over the loss of the tragic playwright Euripides, who had died just the year before. The Greek god visits his half-brother Heracles, asking advice on how he could to get to Hades so that he could bring Euripides back from the dead. Heracles tells him that he should either hang himself or jump off a tower as the fastest way to make it to the underworld. Instead, Dionysus chooses to travel across Lake Acheron — dressed in Heracles’ clothing.

While he voyages on the lake, a choral interlude is heard in which frogs croak their song. Dionysus is so annoyed by the sound of the frogs that he engages in a mock debate with them which is surely one of the highlights of the play. Naturally, when Dionysus reaches the underworld, he is mistaken for his brother Heracles by Aeacus, who is still angry that Heracles stole the dog Cerberus.

Dionysus then wisely trades clothes with his slave in order to having to fight Aeacus. But of course, as always happens in these cases of mistaken identity, a person — in this case a maid — then appears and mistakes Dionysus’ slave for Heracles. Of course, she then offers him a feast replete with virgins.

Of course, Dionysus then asks to trade clothes again but only ends up meeting yet more people who have reason to be angry with his brother. When Dionysus and the slave finally discover Euripides, he is arguing with Aeschylus about just who is the best tragic writer. The debate then prompts Dionysus to wonder which playwright he should actually bring back; so he judges a competition between the two brilliant wordsmiths. And, the competition of the two great playwrights retells some of the great tragic plays of Greek history as parodies, in a more unexpected twist.