The Hills Of Athens And The History Behind Them 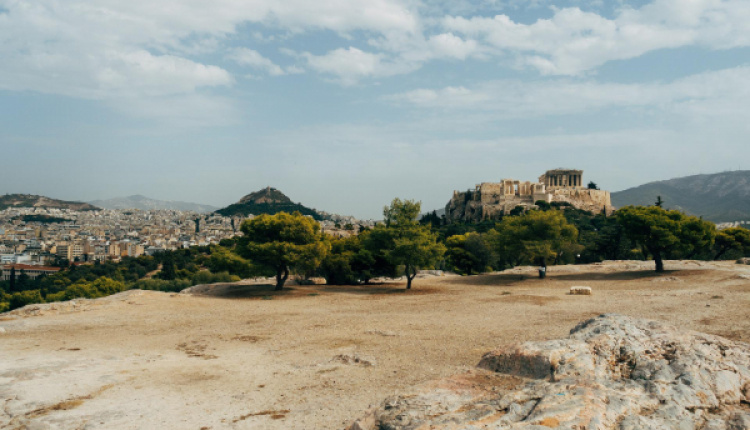 Many cities are claimed to be built on seven hills, and Athens is no exception. Each of the seven hills of the city of Athens offers a unique feature in its geography and history. Fascinating stories unfold in every corner - or should we say - at the highest point of every hill in the historical center of the Greek capital - famous tales from Greek mythology that we can never know whether they are true or not. 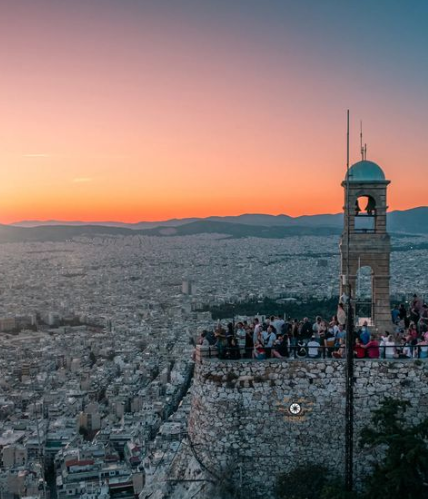 The highest of Athens’ hills, Lycabettus, rises imposingly in the center of the city and is visible from almost everywhere, offering unsurpassed views of both the city and the suburbs and, of course, the Saronic gulf.
The story of the creation of Lycabbetus Hill goes like this: Goddess Athena longed for her temple on the Acropolis to be closer to heaven. So, she took a large rock to place it on top of the Acropolis, but, while carrying it, she received some news that startled her, causing the 278-meters-high rock to fall, creating Mount Lycabettus.
Lycabettus is ancient Greek for "the Mountain of Wolves", as it is believed that it was once inhabited by wolves.
Philopappos Hill 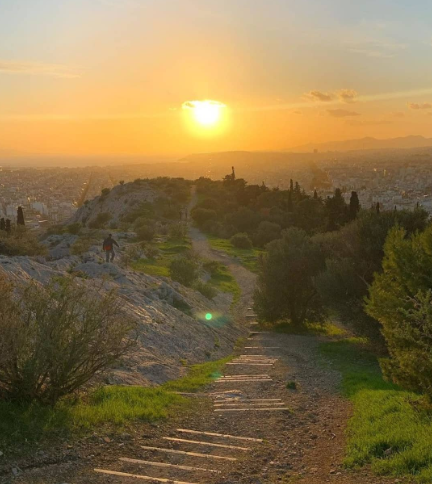 Also known as “the Hill of the Muses”, “the Hill of the Nymphs”, or “Pnyka Hill”, Philopappos Hill is one of the three hills that serve as natural "guards" of the Acropolis. According to Mythology, Pan, the god of the wild, used to live there, along with the Nymphs, female spirits that lived in forests. The hill was also home to the nine Muses, to whom it owns one of its three alternative names.
The hill was named after Philopappos, a Syrian consul who lived in Athens, had a classical Greek education and was considered a benefactor of the city. Philopappos had, among others, many friends, such as Plutarch, who described him in his writings as an extremely generous person. His death caused great sadness to the citizens of Athens, and as a result, they built a mausoleum to honor his memory.
Acropolis Hill

@lookforraine
Undoubtedly, the most popular attraction, not only in the Greek capital but also in the entire country, the Acropolis - the cradle of civilization - is found on the hill of the same name, in the heart of the historical center of Athens. About seven million tourists climb the Acropolis hill every year for a "journey" back to Ancient Greece and to admire the Parthenon up close.
One of the legends connected to the Acropolis Hill is the one about Athena and Poseidon fighting over who would be the city's patron. To avoid conflict between them, Zeus intervened and organized a contest. Athena and Poseidon met where the Erechtheion stands today, and the people of Athens gathered to watch them compete against each other.
First, Poseidon revealed his gift to the city by striking his trident on the ground and producing water. Then, Athena planted a seed that immediately grew into an olive tree. The Athenians appreciated both gifts, but they already had access to plenty of water, so they chose Athena's olive tree, which was an excellent source of food and timber. Athena became the patron goddess of the city, to which she gave her name - Athena.
Areopagus Hill 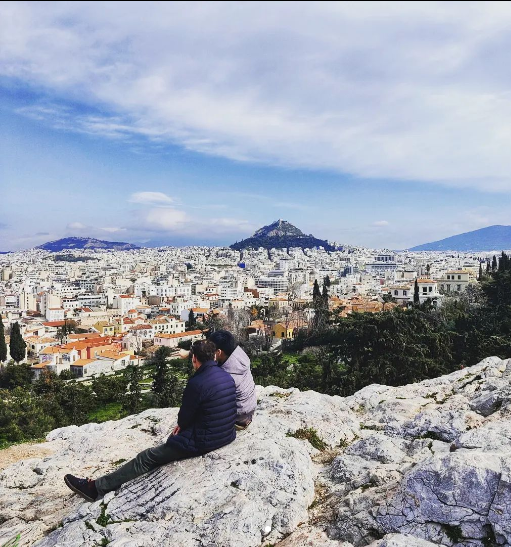 @the_historian_tourist
The Hill of Ares or Areopagus Hill is located northwest of the Acropolis and gave its name to the Supreme Civil and Criminal Court of Greece, the Areios Pagos.
The Areopagus has a rich history, as it has been the place where some of the most important events in the history of Athens occurred.
According to one legend, Amazons, enemies of Theseus, camped on the hill and dedicated it to Ares, the god of war. Another legend has it that Ares was tried there by the other gods for the murder of Poseidon's son Alitotheus, or by the Erinyes, as at the foot of the hill, there was a sanctuary dedicated to the Erinyes, where those accused of murder took refuge, in order to not face the consequences of their actions. Thus, the hill of Ares is the site of the first murder trial.
In ancient Athens, the Areopagus Hill also housed a council of elders who had many changing roles, one of which was to judge homicide cases and other serious crimes.

Originally published in Greek on: newsbeast.gr
Translated by: Codico Lab