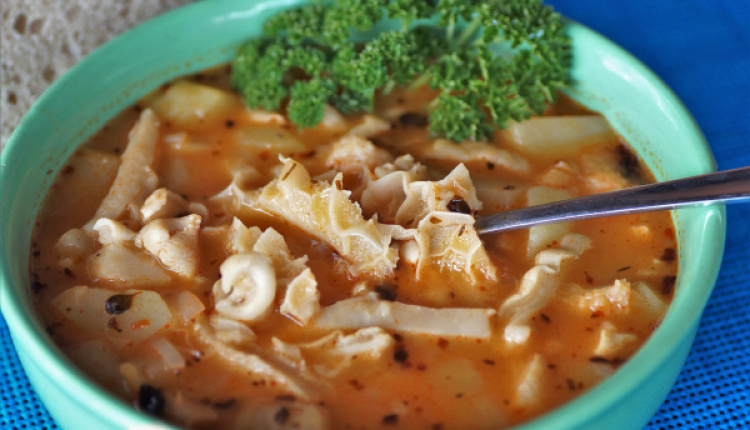 Patsas is traditionally made from tripe, legs of pig or cow and many also add pig intestines to the recipe. Some people prefer to use beef or lamb, depending on their personal taste.

In Greece, especially in Athens and Thessaloniki, this strong-smelling soup is highly consumed after a big night at the Bouzoukia, as apparently it relaxes the stomach, making it Greece’s favorite hangover food.

It is very common to find people heading to a Patsazidiko, which is a tavern normally found close to the meat markets in the city centre, to eat a bowl of patsas before heading home after a huge night.

Patsatzidika often serves up multiple varieties of this dish. Patsas in the taverns are usually made either with tripe or with feet and the two are occasionally combined and accompanied by other organ cuts, such as the large intestine or pancreas. Greek chefs cut, pre-boil, then simmer the organs for hours to get a soft texture. Then they add salt, pepper, lemon, and sometimes red pepper and onion.

Patsas is sometimes topped with kokkino (fat from the broth mixed with red pepper), skordostoubi (chopped garlic in vinegar), or red pepper shavings.

Tripe soup is also popular in Turkey, Spain, Portugal, and other parts of Europe!