The Tselementes Effect On Greek Cooking 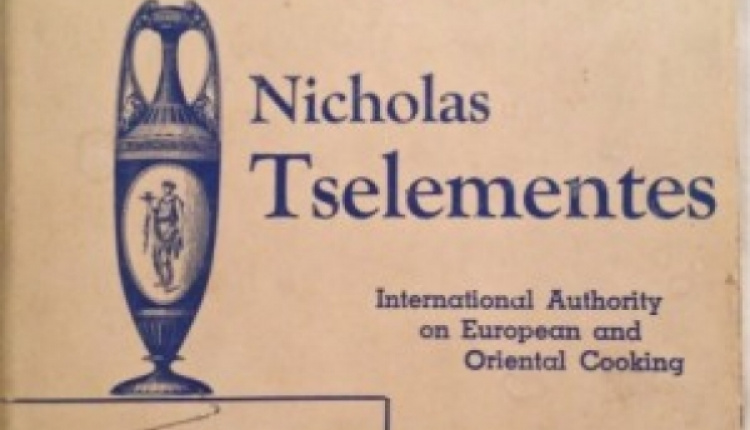 According to modern-day Greek chefs and cooks, the best Greek food is based on centuries-old practices of combining naturally grown and seasonal foods with the best herbs and spices to create simple, fabulous dishes. Home sun-dried tomatoes, beans, legumes, and fresh vegetables, served with olive oil are among the best Greece has to offer.

Fish and meat are eaten less frequently, and in smaller portions, but are cooked with the same attention to herbs, oil, and simple cooking techniques. Olives, wines, spirits, and cheeses need no cooking at all. However, the foods that so closely identify Greece to non-Greeks are quite different.

Greek food expert and cookbook author, Aglaia Kremezi, writes in Some Thoughts on the Past, Present, and Future of Greek Food,
"Mousaka, pastichio, creamy avgolemono (thickened egg-and-lemon sauce), and Greek salad are the dishes that most non-Greeks consider to be the epitome of traditional Greek cooking. Yet, most of these dishes have very little to do with traditional foods. They were developed, or drastically revised, by professional cooks and restaurateurs."

The most influential of those professional cooks was Nicholas Tselementes, a Greek chef from the island of Sifnos who trained in Europe and worked in some of the world's finest hotel kitchens.

It's not clear whether Tselementes believed that French cooking originated in Greece (which it did not), or that French was somehow "better" than the simple Greek fare of the day, but the result was that he developed recipes and cooking styles based on sauces and French methods of preparation to "cleanse" Greek food of Turkish, Roman, and other influences that had been incorporated over centuries, influences Tselementes saw as barbaric. He preferred butter to olive oil, elaborate sauces to bare dishes. French was in, Greek was out. It was most probably Tselementes who created the moussaka and pastitsio we know today - with an inch of cream sauce, cheeses, and 700 calories per serving - from the original dishes which were simple combinations of ground meat and vegetables or pasta.

His theories and first cookbook, written in 1910, became the darlings of early 20th century "upwardly mobile" Greeks who saw a new sophistication in his recipes. Greek chefs and restaurateurs sought to imitate his techniques and style, hoping to attract an international and worldly clientèle with mild tastes and elaborate presentations.