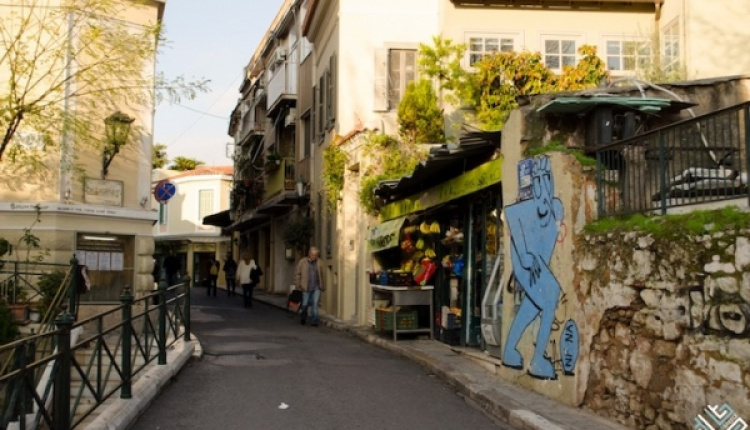 Blogger Elena Sergeeva from Passion For Greece feels that once in a while we should become tourists in our own city and spend a day exploring the hidden gems, interacting with others who definitely know something that you don’t and opening your eyes to new surroundings and learn. Elena recently spent the day in Athens with Discover Greek Culture learning all about Athens’ Art and Culture. Here, she describes her experience!

Our meeting point was the Syntagma Square which is the main square of Athens and the one that received its name from the Constitution that the first King of Greece Otto was obliged to grant. Here you will find the Greek Parliament building which initially served as a palace of Kings Otto and George I. From here we headed down to the Ermou street which is the central shopping street of Athens and is one of the first three streets that were designed in modern Athens.

The name Ermou or otherwise known as Hermes in English was named after the ancient Greek God Hermes who was the God of trade; therefore it is quite common that many of the commercial streets in Greece carry the name of Ermou. The street was very busy as all the Athenians were rushing to buy Christmas presents just before the holidays.

Our next stop was at the Church of Panaghia Kapnikarea which is found right in the heart of the Ermou Street, and impressive monument dated to the Middle-Byzantine period. In 1834, the building was in danger of being demolished as the newly-established Modern Greek State decided on the new layout for the Greek capital with the plans of having the Ermou Street extend straight forward and exactly aligned with the Palace’s central entrance, thankfully the destruction was avoided thanks to the father of King Otto. What is unique about this church is that it stands one level below the main street of Ermou and the dome is held by four uniquely decorated columns.

To read this article in full, please visit: Passion For Greece