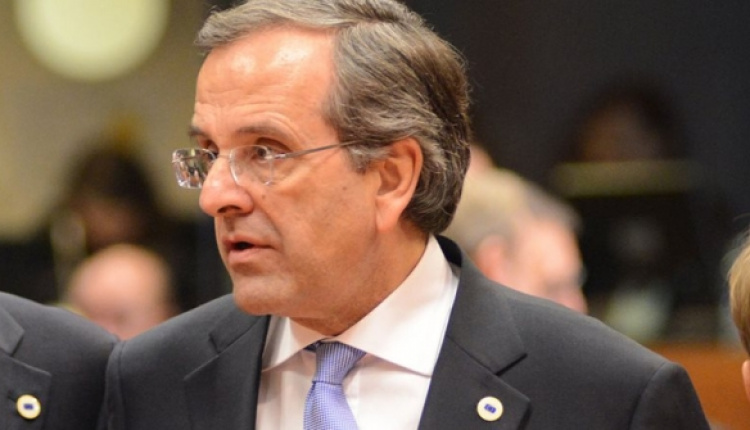 Prime Minister Antonis Samaras on Sunday presented a compromise solution to end a political stalemate that looks likely to send Greece to early general elections in about a month's time. Speaking in an unscheduled televised address to lawmakers in the country's 300-seat Parliament just two days ahead of the second of three rounds of voting for a new president, Samaras called for consensus over the government's presidential candidate, Stavros Dimas, saying that the election of a new president would be followed by the formation of an "expanded" government of "pro-European parties."

He also appealed for lawmakers to hold the current Parliament together so as not to interrupt the process of a constitutional review, saying that general elections could then be scheduled "even by the end of 2015."

This first time the premier has conceded that elections could take place before June 2016, when the coalition government's four-year term expires. Samaras also stressed the need for negotiations with the country's international creditors to be wrapped up before any polls take place, saying that "we cannot be swamped in an electoral battle right now."

"Let us complete the negotiation and the constitutional reform and then we can find the timetable for elections even by the end of 2015."

Launching an attack on main opposition SYRIZA president Alexis Tsipras and the leader of the Independent Greeks, Panos Kammenos - the latter in relation to claims by a party deputy, Pavlos Haikalis, that he had been offered a bribe to back the government's candidate - Samaras said "this unfounded string of accusations about the bribing of deputies, which are always proven untrue, cannot continue."