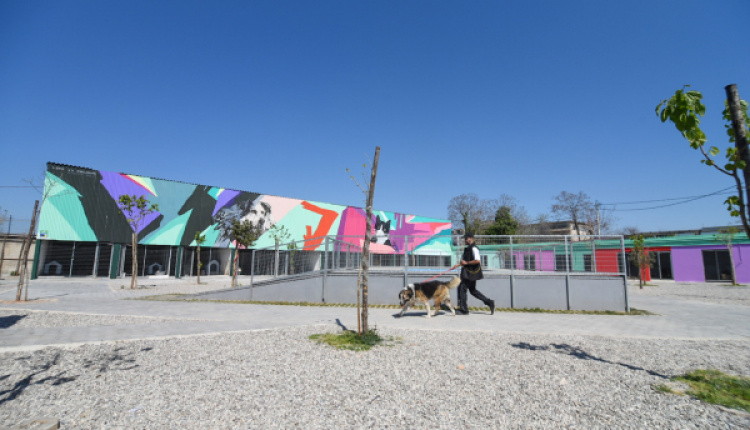 The way a city protects the life and well-being of stray animals is an integral part of its culture and the Municipality of Athens has set the bar high.

The effort to improve the living conditions of Athens' strays continues with multilevel actions aiming to create a safer environment for our four-legged friends in need of a home.

The city's first modern shelter will soon operate in Votanikos. It will be a functional space for the temporary accommodation of stray animals with a capacity of 90 spaces, ample outdoor space, and full equipment. The shelter will be guarded on a 24-hour basis, while 5 staff memebers are responsible for the dogs' good hygiene and socialization daily; the latter will be achieved in collaboration with volunteer trainers and animal lovers.

Also, a space resembling an actual living room, fully equipped with furniture, is currently under construction, in order to familiarize dogs with the home environment and prepare them for when their eternal home is found.

The shelter will be named "The Shelter of Socrates" in memory of one of Athens' most emblematic stray dogs that lost its life in a tragic accident. In fact, artist "Life in Color" and the Urban Act team have created an impressive graffiti inside the shelter depicting Socrates as a tribute to all stray animals that live on the streets against their will.

"The shelter of Socrates is a shelter for our souls. It's a prerequisite for every modern and humane city. It's yet another effort to change the lives of stray animals in Athens. We can achieve this through actions of care and love, as well as structures like this." said Kostas Bakogiannis, the Mayor of Athens, on the occasion of the World Stray Animals Day.

However, the shelter is only a piece of the puzzle. As part of the initiative against animal cruelty, a new digital platform called Animals City of Athens (currently only availale in Greek) has also been launched by the Municipality of Athens, where members of the public can state how they wish to offer voluntary assistance for stray animals. Moreover, employees of the Animal Welfare Department City of Athens, as well as dozens of volunteers, are scattered around the city taking care of stray animals. To date, 420 dogs and 70 cats have been adopted, 1160 animals have been sterilized, and 614 dogs and 1400 kittens have received medical care.

Finally, the municipal authority has undertaken a project of installing small houses for stray cats in Athens' neighborhoods. Until now, 16 houses and 60 feeders have been installed, making it easier for stray cats to be protected from the cold and find food and water.
XpatAthens extends a warm thank you to This Is Athens and the City Of Athens for sharing news and inspiring stories about how Athens aspires to be a clean, friendly, and welcoming city to live in.