More Than 10,000 Visitors In Navarinia Fest 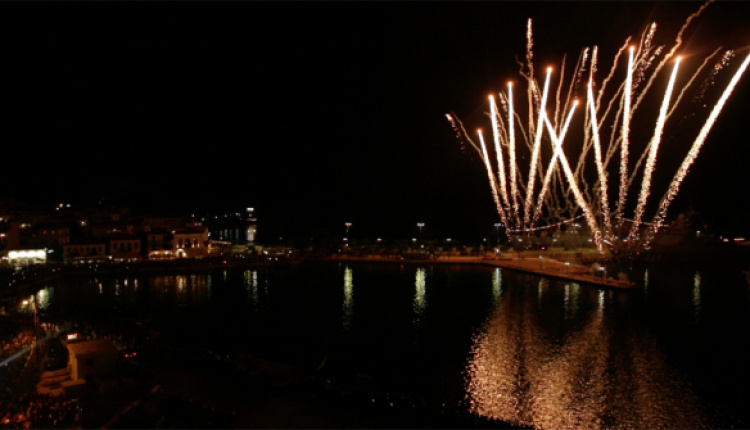 Pylos has been at the forefront of the world for yet another year, honoring and reviving one of the most historic events in modern Greek history. Pylos- Nestor Municipality celebrated the 192nd anniversary of the historic Navarino Naval Battle, in a three-day commemoration event from October 18-20, 2019.

This year’s festivities were attended by more than 10,000 visitors and the President of the Hellenic Republic, Mr. Prokopis Pavlopoulos.

The historic Navarino Naval Battle, revived for another year, on Saturday, October 19, 2019, in the old port of Pylos, through the reenactment organized by Pylos-Nestor Municipality. The sky shone, and the historic naval battle resurrected 192 years later, with the participation of 5 rare traditional sailing boats, of the Traditional Boat Association (one dating back to 1900) and the assistance of special audiovisual media and fireworks. It is worth mentioning the leading role of the Association for the Preservation and Conservation of Traditional Shipbuilding and Nautical Art and Heritage “Proteas” and its Vice President, Mr. Nikolaos Vlavianos, who designed and manufactured a ship model of that era with tackle for the reenactment of the Turkish flagship. A spectacular live storytelling scene awaited the visitors, with a canvas of fireworks at the event closing. Navarinia is a celebration that commemorates the history of all nations involved, as well as people who have passed to immortality by putting their stamp on the founding of the modern Greek State.

Program of events began on Friday, October 18, 2019, with the organization of the traditional and modern boat race, in the Navarino Bay under the auspices of Maritime 2 Athletic Pylos Association “NESTOR” and the Traditional Boat Association, continued with national traditional dances by Ladies Association in Pylos and Pylos Cultural Association while ended with the inauguration of the periodical ship model exhibition of George Bouzounis, and the artwork by Denis Gaille. A roundtable discussion on the topic “Aris of Tsamadou” followed. The event was curated by Vassilis Vrettakos and Dionysis Karalis (Navarinia Committee), in collaboration with Nikolaos Vlavianos (Proteas Association), George Vozikis (member of the Institute of Shipbuilding Art), Aris Arvanitakis (Phoenix Register of Shipping Chief Executive Officer) and Maria Galoufa (archaeologist). Official guests were European Maritime Heritage President, David Morgan and board members Tomas Hoppe, Nice Edvine List Peterson and Jian Matias Vesterman.

On Saturday, October 19, 2019, an honorary event was held in favor of the French who lost their lives from Thermes during the period 1828-1832 while the events culminated in the evening with the Reenactment of the Battle at the Old Port of Pylos. On Sunday, October 20, 2019, His Eminence Metropolitan Chrysostomos of Messinia praised at the Holy Church of Virgin Mary Dormition in Pylos. During the three-day celebrations, those visited Pylos were able to visit “Psara” frigate and the Russian patrol vessel “Vasily Bykov”.