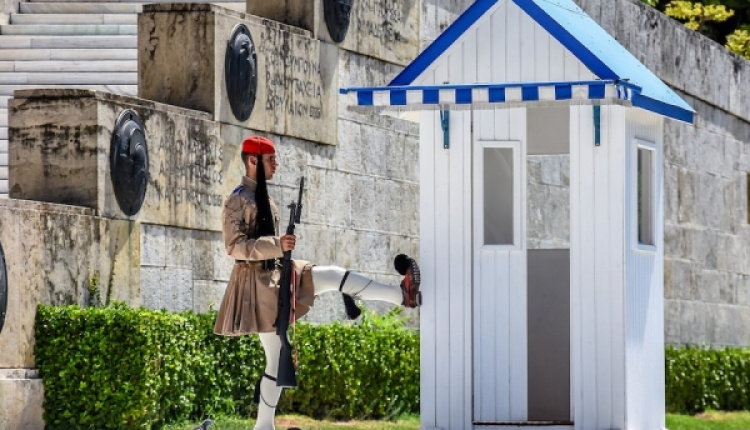 All is fine - it's just the Greek military testing the sirens. According to a local news source, Greek soldiers will be taking part in the annual Parmenion military and civil defense exercise of the Hellenic National Defense General Staff on Tuesday October 9th, 2018 from 11:00 am to 11:05 am.

As part of this exercise, air raid sirens will be heard across Greece every 60 seconds between the timeframe specified.

The military exercise, named after Parmenion – a general in the army of the ancient Macedonian warrior king Alexander the Great and of his father Philip II – will be held throughout the country and will end on Friday.