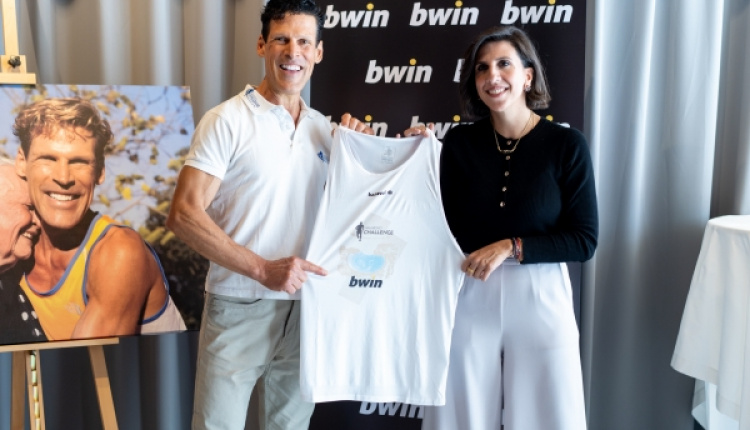 “Navarino Challenge”, which will be held for the 6th consecutive year in Messinia and Costa Navarino in October 12-14, 2018, presented its activities and ambassadors for this year.

The award-winning sports tourism event continues to innovate in the global sports tourism market by creating new tourist audiences and contributing to the development of Greece as a prime Sports Tourism Destination. Sports tourism is no longer just a growing form of tourism but has triggered a new revolution in the sector globally, generating between 12 and 15 million annual arrivals per year; the average revenue from Sports Tourism in each country is estimated at 25% over all tourism, reaching in some cases 55%!
The press conference for the recently awarded “Top Tourism Event” in Greece, was held at the Stavros Niarchos Foundation Cultural Center, with the presence of the Deputy Minister of Culture and Sports Mr. George Vassiliadis, the President of the Greek National Tourism Organization Mr. Charalampos Karimalis and the Greek-American ultramarathon, Dean Karnazes, who is participating for the 6th consecutive year in the event as its ambassador in Greece and abroad.

Deputy Minister of Culture and Sports, Mr. George Vassiliadis, in his greeting remarked: “Navarino Challenge, following its successful course for the 6th consecutive year in Messinia, has now become a tradition. For one more year many famous and renowned professional athletes are expected to participate in this major sports fest, but what I would like to highlight is the massive presence of amateur athletes and stress the importance of thriving events that promote this form of sport. At the same time, it is extremely encouraging that Navarino Challenge is a model event of sports tourism, an example that should be followed by others in a country like Greece that has all the prerequisites for economic growth by the flourishing of this kind of tourism”.
The President of the Greek National Tourism Organization, Mr. Charalampos Karimalis, said: “The Ministry of Tourism, the Tourism Minister Mrs. Kountoura and the Greek National Tourism Organization support important initiatives that attract the global sporting interest. Navarino Challenge is such an initiative. Because it establishes our country as the most attractive and safe destination, offering authentic thematic tourism experiences, 365 days a year, and is proven to benefit both the national economy and local societies and economies”.
Consequently the ultramarathon Dean Karnazes highlighted: “When I travel the world, I am the ambassador of Greece and its greatness to the rest of the world. Everyone is absorbed in everyday activities and sometimes we do not see the magic we have here. But running in Messinia, the islands, anywhere in Greece makes you feel alive. There is something in the air, in the landscape, a special magic that you cannot find elsewhere on earth. My mission is to travel the world and encourage more people to come and experience this magic. Navarino Challenge is the way to do that. It is the 6th event and I could not be more proud!”.
On behalf of the organization, TEMES Vice President & Chief Executive Officer, Mr. Stefanos Theodorides, said: “We are delighted to organize for the 6th consecutive year Navarino Challenge, a great celebration of sports andan annual meeting for athletes and visitors from all over the world. Sports tourism is one of the fastest growing forms of tourism worldwide, and in Costa Navarino we have created the infrastructure for 12-month tourism with sports and events that attract new audiences”.

Active Media Group Chief Executive Officer, Mr. Akis Tsolis stated: “I am honored after 6 years and almost 8 years since the initial idea of ​​the event to see and live its evolution and change year after year. From the three running routes in Tripoli, Kalamata and Pylos to the nearly 25 sports activities today, with more than 12 Olympic sports in less than 48 hours. The Olympic ideal talks about the union of people, because sports unite. It unites professional with amateur athletes, Olympic athletes with champions, adults with children, who run side by side, people with special skills and abilities. At the same time it does not stop sending moral and educational messages through powerful personalities. Personalities who are legends in their field and don’t need any special recommendations. I would like to announce the addition for 2018 of Panagiotis Giannakis and Michalis Triantafyllidis who will be in our 6th anniversary and will promote the message of sports with the phrase #sportsunitepeople. At the same time, we continue to inform young people with the #eatwell #runwell #livewell as we called our own campaign against childhood obesity. A really big problem for the Greek province, Greece and the world in general. We continue to positively promote messages with the help of both our communication sponsors and our small and grand sponsors, as in the age of Pericles in ancient Athens. Sponsorship has been, since antiquity, a valuable social and cultural institution. An institution that supports sports tourism supports Greek tourism and the Greek economy”.
Afterwards, Professor Dr. Demosthenes Panagiotakos, Vice Rector at Harokopio University in Athens, and a member of the Scientific Committee on Health of the European Commission, said: “In a country where weather conditions and the environment challenge you to do sports, epidemiological research shows that 40% of the population is not exercised not even according to the minimum requirements for maintaining good health, while obesity and overweight reach 50%. In the children’s population, these rates are more worrying. Massive sporting actions for all are imperative and must be supported by all entities in order to treat and promote the health of the population”.
At her greeting Bwin Greece Head of Marketing, Zoe Marvofora, said: “We were excited from the very first moment to be the Grand Sponsor of Navarino Challenge 2018 and to actively support this unique effort, which is assisting the fight against childhood obesity through exercise and the Mediterranean diet, while encouraging the participation of citizens in sports activities. We are proud of both the sponsorship we offer and the outstanding sporting performance that the Bwin team is aiming for”.
Qatar Airways Country Manager Greece & Cyprus, Theresa Cissell highlighted: “Qatar Airways proudly supports a range of international and local initiatives dedicated to enriching the global community that it serves, and for the fourth consecutive year we are proud to be sponsoring Navarino Challenge as the Official Airline partner. Qatar Airways sponsorship strategy is aligned with Qatar Vision 2030 and is based on three core pillars “Sports, Culture and Education” as a means to bring people together, something at the core of our own brand message – Going Places Together. And it seems to be organically embedded with Navarino Challenge, which brings families together through sports”.
Navarino Challenge will cooperare for the first time with HSBC, one of the world’s largest banking and financial services organizations serving more than 38 million customers worldwide. As an official banking partner, HSBC will support this year's event and will be the exclusive sponsor of the bike activity (Bike ride at Voidokilia by HSBC).
The organization innovates with a new collaboration and presents its new technical t-shirt!
LUANVI, distinguished at the running events, providing technical shirts and high quality sports equipment for more than 40 major events a year (including, for example, the exclusive partnership with the Marathon of Valencia), will cooperate for the first time in Greece with a sports tourism event. In particular, as an official sports supplier of “Navarino Challenge”, LUANVI will offer the special technical t-shirt of the event to all participants. LUANVI, a leading force in the field of sports apparel and accessories in Spain, has many successful collaborations including Spanish National Paralympic Team and the Spanish Tennis Federation.
Present atthe press event were among others, the Olympic and World Champion at 400m. with hurdles Periklis Iakovakis, former international volleyball player who holds the record of participations in the Greek National Team Michalis Triantafyllidis, pilates instructor, Mandy Persaki, personal trainer Dimitris Moros and boxing instructor Christos Gatsis.
Bwin is the Grand Sponsor of the event. Qatar Airways is the official airline partner of the event. Samsung is the official technology partner. Official sponsors of the event are for another year the Natural Mineral Water “Vikos” and Ford Motor Hellas. Luanvi is the official sports supplier of the event for the first time.
Official supporters are Municipality of Pylos-Nestor, Poseidonia, BIC®, BIC® Sport, Avance and the Hippophae of Meteora Hippocrates Farm.  Athens Medical Group is the Medical Partner of the event for the first time.
More information about the accommodation packages at The Westin Resort Costa Navarino may be found HERE!