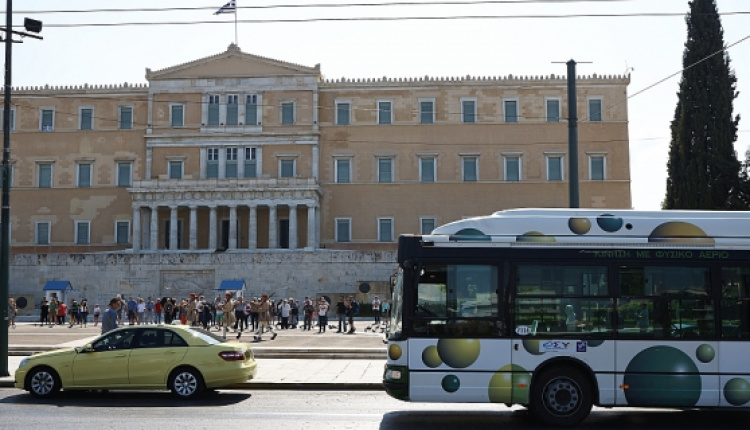 The cruise terminal in Piraeus is now only a 30-minute bus ride away from the center of Athens thanks to the new X80 bus line “Piraeus-Acropolis-Syntagma Express” that launched on Thursday, April 30 2015.

The new bus line will service visitors to the Greek capital arriving by cruise ship as well as Greeks needing to quickly move between Piraeus and Athens center.

The terminal of the new bus line is Akti Xaveriou in Piraeus and the last stop is Syntagma Square. The new service operates in a circular route and the travel distance from Akti Xaveriou to Syntagma and back again is 25 kilometers (60 minutes).
The route includes a total of 15 stops that are located near major tourist attractions in Piraeus and Athens such as the Acropolis Museum, the Archaeological Museum of Piraeus, the Planetarium, the Piraeus Municipal Theatre and the National Museum of Contemporary Art. The X80 bus also provides connections with other metro and bus routes in and around Athens.

To ride the bus, passengers can use one-day (four euros) or three-day (20 euros) tour tickets. The first bus route will be at 7am. Furthermore, passengers that ride the X80 bus are eligible to visit the four buildings of the Benaki Museum at a special discount price.