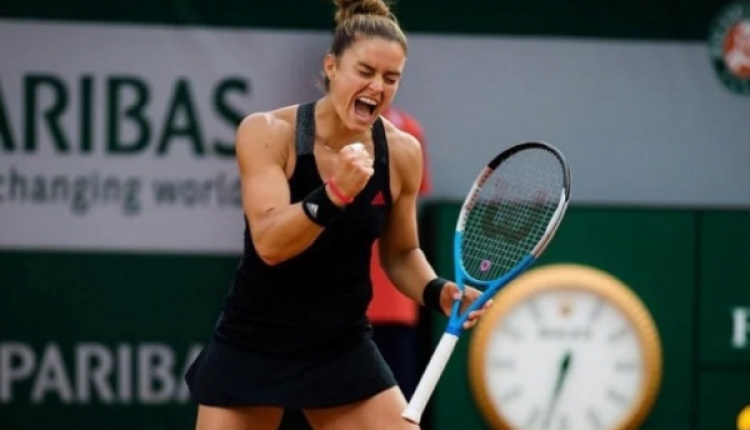 Sakkari won in straight sets, 2-0 (6-4, 6-4), and confirmed her stature among the leading ladies of world tennis. The 17th seed has secured a first Grand Slam semi-final where she will meet Czech ace Barbora Krejcikova.

After her epic win, Sakkari, speaking in Greek, thanked all her fans who watched her performance at the Philippe-Chatrier court in Paris and those back in Greece watching on tv.

On Monday, June 7, 2021, the Greek player’s 6-1 6-3 demolition of last year’s runner-up Sofia Kenin secured her place in the last eight and prior to that, she had dismissed the 14th seed, Elise Mertens, in the third round.

Sakkari’s progression into the last-four club at a Grand Slam has been a fairly long time coming. This year’s French Open is her 21st appearance in the main draw of a Slam and her previous best was reaching the fourth round at last year’s Australian Open and US Open.

Sakkari will join Stefanos Tsitsipas in the Roland Garros semis, in what has been a dream week for Greek tennis. Tsitsipas defeated Daniil Medvedev in the quarter-final on the Court Philippe Chatrier at Roland Garros.