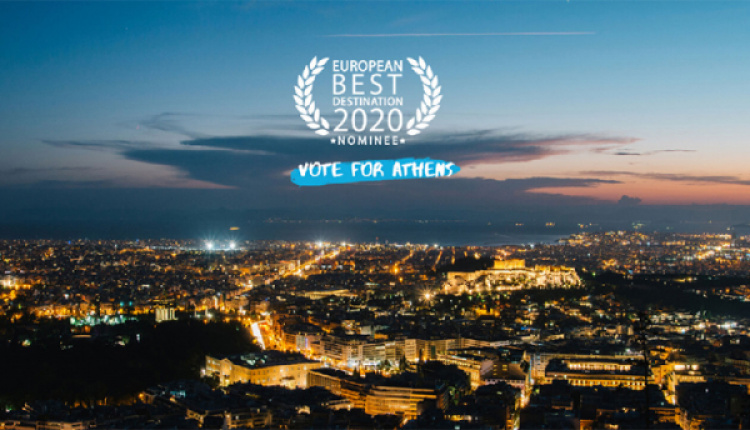 Athens is a monumental, free-spirited, and eternally exciting city; even though the Greek capital is ancient, it somehow never gets old!

"Athens lives up to all the hype! Birthplace of philosophy, democracy and drama, the city of Athens is not only an open-air museum of world-class cultural heritage attractions but also a contemporary metropolis with an urban personality."

We can't think of a better way to celebrate the greatness of Athens than to bring it up to the–much deserved–first place, and declare our beloved city the Best European Destination for 2020! We invite travelers, locals, and ex-pats to vote for Athens as their favorite destination for a holiday or city break. Competing alongside Athens are9 other European cities, including Madrid, Berlin, and Rome.

Click here to cast your vote for Athens by February 5th!
Be sure to share this with others who love Athens too.