Delos: Where Light Was Born 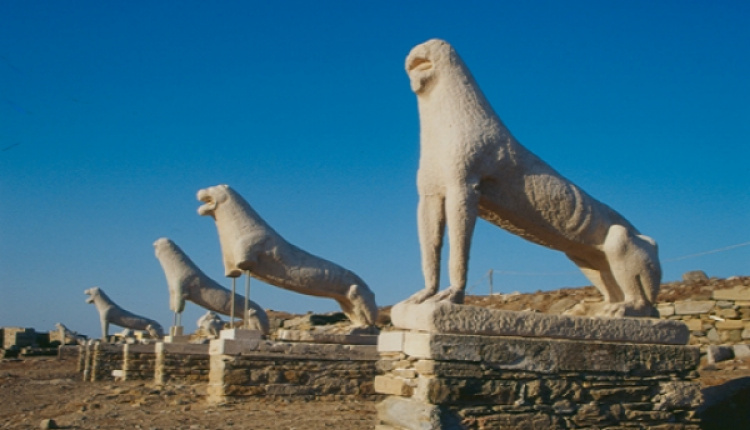 It’s a UNESCO world heritage site. It’s an ark of history, floating lazily on the waters of the Aegean Sea, just a few miles away from cosmopolitan Mykonos. It’s a chance to walk around the revival of the glory of Greek civilization. It’s the head priest of the Cyclades, the birthplace of the immortals. It’s Delos. In ancient times, the myth of god Apollo, god of light, and goddess Artemis having been born there rendered the island sacred; no mortal would ever be allowed to be born on its land.

But, a cradle of gods as the island has been, no mortals would ever be allowed to die on it either.

So, apart from it being a conspicuous religious and economic centre, the island had also been exclusive in that: even during the years of peak of the Delian Alliance, women on the brink of childbirth and people close to dying would be carried to the neighbouring island of Rineia. The whole of the known world of that age was aware of the sacredness of the island and of its uniqueness.

Nowadays, Delos reserves its uniqueness to the know world: nowhere else in the Globe is there a natural insular archaeological site of this size and importance. No other island on Earth hosts so many monumental antiquities from the Archaic, the Classical, and the Hellenistic periods, i.e. the centuries of the great Greek art, on a territory used exclusively as an archaeological site. Delos is not a museum; Delos is not there to tell a story. Delos is history itself.