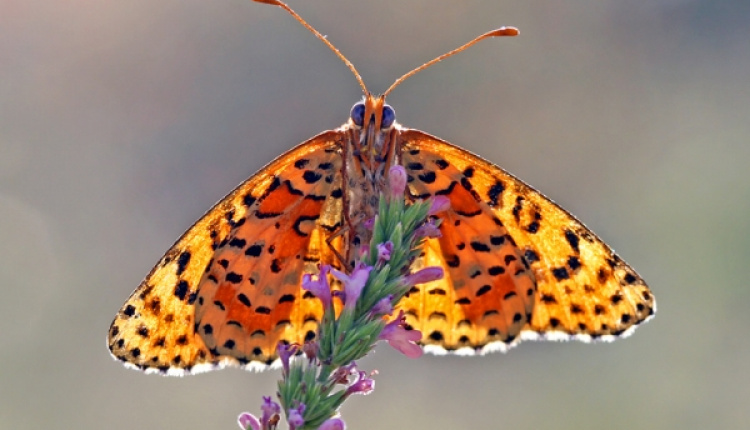 Dadia Forest – home of the raptors. In the north-east of Greece lies an area known as Evros Hills, a vast area of almost uninhabited wooded hills. Dadia Forest, at the heart of this area is an extraordinary place of beauty, tranquility and nature. The forest is quite simply THE place in Europe for raptors, with 36 out of a possible 39 species having been recorded – 20 of which breed in the forest.

With so many species there are many exciting bird watching encounters to be had in the forest: Booted Eagle, Short-toed Eagle, Golden Eagle, White-tailed Eagle, Lesser Spotted Eagle, Honey Buzzard, Goshawk, Black Kite and Levant Sparrowhawk to pick out just a few species that may be seen.

In the whole of Europe Dadia it is the only forest where all four species of vulture can be found: Black, Egyptian, Griffon and the Lammergeier, have all been recorded or breed. In recent years the rare Black Vulture has proven something of a conservation success story in Greece, going from around 25 individual birds in the whole of eastern Europe in the 1980s (that were all in the Dadia Forest) up to 28 pairs in 2010 (WWF Greece) and 100 individual birds. There is now a 7,290 hectare area of the forest designated as a protected zone, with an additional 27,000 hectare buffer.

As well as being a wonderful place for birds Dadia has many species of mammals, more than 30. You can find Foxes, Badger, Red squirrels, Souslik and it is even possible (though very rare) to see Wolves. The forest is also home to around 40 species of reptiles and amphibians such as Dahl’s Whip Snake, Nose-horned Viper, Tortoises and the pretty Yellow-bellied Toad.

Located in the north Peloponnese region is Mount Chelmos, also known as Aroania, a mountain range in Achaea. At its highest the summit range peaks at over 2,300 metres. It is generally damper and more forested than the mountains located in the southern half of the Peloponnese. Chelmos and its environs are one of the best places in the whole of Greece for the naturalist, with a diverse range of habitats and an incredibly rich array of flora and fauna. So rich is this natural bounty that it was declared a National Park, covering and area which extends for 544,000 sq. m.

Chelmos is celebrated as one of the best in Greece for butterflies, with over 100 species recorded. Perhaps its most famous butterfly is the rare and endangered Chelmos Blue, confined to the higher altitudes of Mt. Chelmos and just a handful of other places in Europe. There are plenty of other scale-winged delights to discover: Southern White Admiral, Apollo, Cleopatra, Lattice Brown, Camberwell Beauty, Powdered Brimstone, Southern Swallowtail, Grecian Copper, Nettle Tree Butterfly, Large Tortoiseshell, Queen of Spain Fritillary, Spotted Fritillary, Cardinal, Mountain Small White, Escher’s Blue, Anomalous Blue, Amanda’s Blue, Ilex Hairstreak, Greek Clouded Yellow, Olive Skipper, Oriental Marbled Skipper, Blue Argus, Osiris Blue, Odd-spot Blue, Pontic Blue, Greek Mazarine Blue (helena, often considered a distinct species), Balkan Grayling, Grecian Grayling, Blue-spot Hairstreak, Adonis Blue, Zephyr Blue, Ripart’s Anomalous Blue (pelopi, often considered a distinct species), Meleager’s Blue and many more!
Chelmos is not only adorned by these flying jewels, it is also clothed in a dazzling display of botanical beauty comprising of a very large number of plant species (including numerous endemics) – a mesmerizing sight, particularly in spring. A visit at that time of year can also mean a treat to the senses of the sights and sounds in the forested slopes of birds such as Crossbills, Serins, Bonelli’s Warblers, Nightingales, several Woodpecker species and lots more besides!