Visiting The Monastery Of Molivdoskepasti At Konitsa 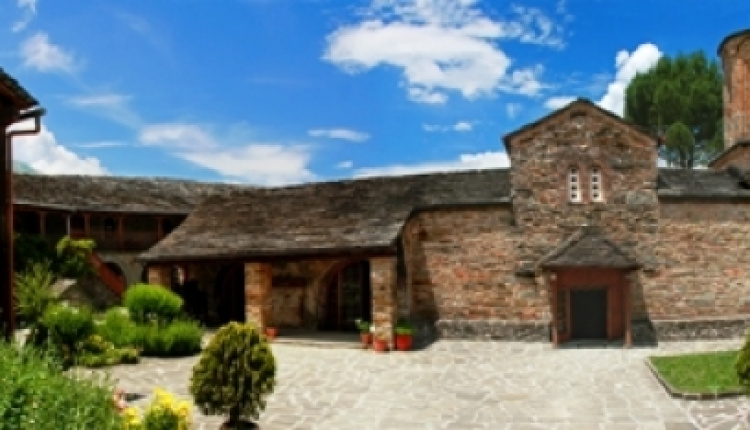 Molivdoskepasti monastery (active even today) owes its name to the lead roof once had (molivdos means lead in Greek, molivdoskepasti means “with a roof of lead”). The lead was stolen by invaders and it was then replaced by slates.

The construction of the nave itself uncovers at least 3 phases: the small three-cornered space with the dome (11th century) the cross-roofed hall from the 14th century, and finally the open narthex which is separated from the main church by a wooden door carved with representations from the Bible, an exquisite symbol of Byzantine art. The stone remnants come from the 14th centrury onwards. The hagiographies are from the 16th century.

The monks there were very busy cleaning and preparing the Monastery for the big day – the 15th of August which is a Great Religious Day for all Christians. Many women from the village, but also from other places were busy also, helping the monks there.

We were offered (lukumia) delights and cold water. A plastic bag full of freshly cut tomatos were given to the driver of the coach by a monk, for any one of us who wished to have one.