The Lost World of Olymbos 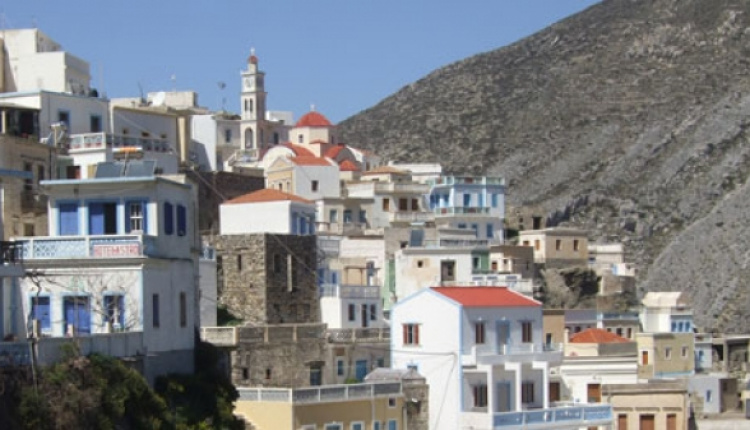 The village of Olymbos looks precarious at best, perched high on a mountaintop above the plunging rocky shoreline of the Aegean Sea. However, this tiny hamlet on the island of Karpathos is the bastion of a distinct culture, protected for centuries from the outside world by its isolation and strategic location. Situated on the western fringe of Greece’s Dodecanese islands, Karpathos itself feels rather remote.

Olymbos, in the mountainous, inaccessible north, feels worlds away from anywhere. The village’s first residents were refugees from the island’s seaside towns who fled into the mountains in the 6th century to escape marauding Arab and Syrian pirates.

While their prospects for life on top of a desolate mountain might not have seemed all that promising, they found plenty of fresh spring water; steep, lush valleys for terraced farming; and a superb vantage point that allowed them to see approaching enemies.

Years passed and although the pirates faded into history, a steady stream of subsequent invaders to the island made Olymbos a continued safe haven. There was no road to Olymbos – the rest of the island remained a long, steep hike down to the shore and a boat ride away. Yet, clinging to the side of Mount Profitis Elias, the community not only thrived as an agricultural centre but at times supported the entire island. The residents herded goats, farmed wheat, barley, olives and grapes and built more than 75 windmills. At its height, the population reached nearly 1500.

Not surprisingly, Olymbos’ seclusion from the rest of the world has engendered a unique culture, and in recent times it’s been labelled a living museum. Ethnographers are entranced by a distinct dialect that continues to contain words from ancient Dorian Greek. Foodies are intrigued by the local cuisine – the bread, cheese and sweets found only here. Anthropologists are fascinated by the women’s traditional dress, with its bright embroidering and goatskin boots, and by the one-room homes that line the winding streets. And musicians come to hear the age-old songs with fifteen-syllable lines and themes of migration and survival.