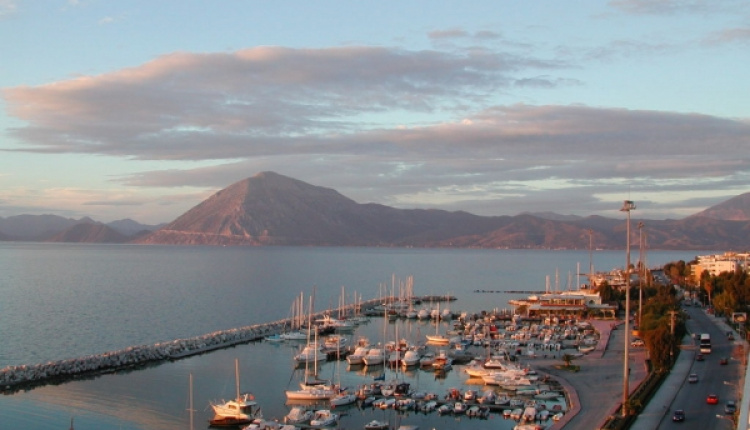 Welcome to Patras, a bustling student city, a place where entertainment, history and culture mingle together to create a destination filled with wonderful discoveries. Start your exploration around the city from Aghiou Nikolaou (Ayiou Nikoláou), the most famous pedestrian street. There, 192 steps await to lead you to the Old City. A romantic stroll around its cobbled streets will reveal grand colourful neoclassic mansions, reminders of the city’s glorious past.

Visit the city’s Medieval Castle, built in the second half of the 6th century A.D. on the ruins of the ancient Acropolis. Its walls enclose an area of about 22 sq.m.; it consists of a triangular external compound enhanced with towers and ramparts.

Walk past the remaining buildings, and take in breathtaking views of the city.

West of the Acropolis, in the “Áno Póli” (upper city), you will find Patras Roman Odeum, which was actually built earlier than the Athens Odeum (Herodion 160 AD). The geographer Pausanias, who visited Patras in 170 AD, wrote: “It has the most beautiful decoration I have ever seen, excluding of course that of Athens". The surrounding space is turned into an archaeological area where mosaics, sarcophagi and other ancient findings are displayed. The romantic souls should seek for the city’s landmark, the Lighthouse, in order to enjoy a breathtaking panorama of the port.

A visit to Spinney, the pine-tree-covered hill, the so-called “Veránda” of Patras will certainly uplift your senses. Its specially formed paths and the shade offered by the tall trees make it an ideal place for you to enjoy leisurely walks, or even go jogging. There you can also find a Municipal tourist kiosk from where you can admire a breathtaking view of the city, the port and the Patras Gulf.

In the centre of the city, two historical monuments will certainly draw your attention: Saint Andrew Church, one of the biggest churches in the Balkans, and “APOLLON" Municipal Theatre, one of the first opera houses in Europe. It was designed in 1972 by the German architect Ernest Ziller. Since 1988 it permanently houses the Patras Municipal Regional Theatre.