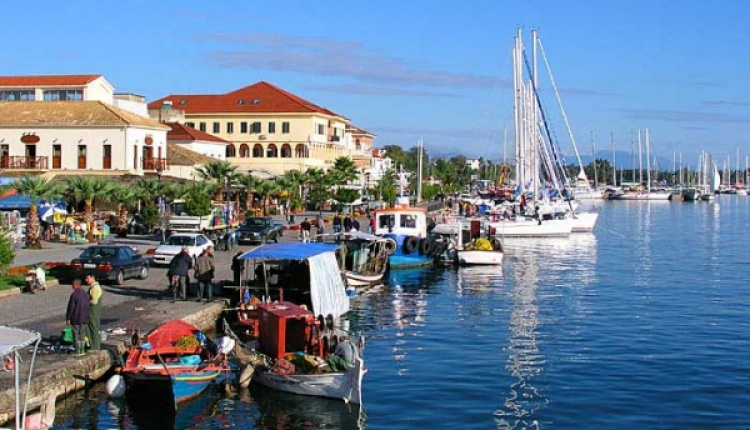 Location. The city is located on the coastline of the Ionian sea. An immersed tunnel connects Preveza with Aktion on the opposite. The town has a vigorous insular character and charms the visitor with its cosmopolitan air. In a few minutes or just a couple of hours you can have access to all the Ionian Islands plus Italy (Lefkada Island is just 20 minutes away).

The city is accessible by land, sea and air. The Greek government plans to facelift the area within the next few years. This includes development of major highways that will connect Preveza with other major Greek cities and northern Europe, development of athletic centers and creation of the biggest archeological park in Europe.

Climate. This city is blessed with over 300 days of brilliant sunshine a year. The winters are mild and the summers are warm cooled by a system of seasonal winds. From May to October it rarely rains.

Natural beauties. Turquoise waters, extended coast line, breathtaking scenery. Only pictures can show the magnitude of this beautiful place.
Eco-tourism. Almost 35 klm away from Preveza you will find the Rodia Wetland Center which promotes eco-tourism and activities to promote the protection of the environment, within the wetlands of the Ambracian gulf.

Live there all year round. Many islands and major tourist destinations in Greece are empty during the winter months. This is not the case with Preveza. The city is full of life that offers a variety of services to locals and visitors. Preveza hosts thousands of students in its newly developed University.
Safety. Where else in the world can you see your children or grandchildren playing at 11 o'clock at night with their friends, without worrying that something bad might happen to them? Nowhere else. Preveza is considered one of the safest places on earth.

Airport. Preveza's airport is the only airport in Greece except the international airport in Athens that offers two separate lanes for landing and departure for extra security. Daily flights connect Preveza with major Greek and European destinations. Most European flights are direct and you do not have to connect to the city through Athens as occurs with other major Greek cities and islands.